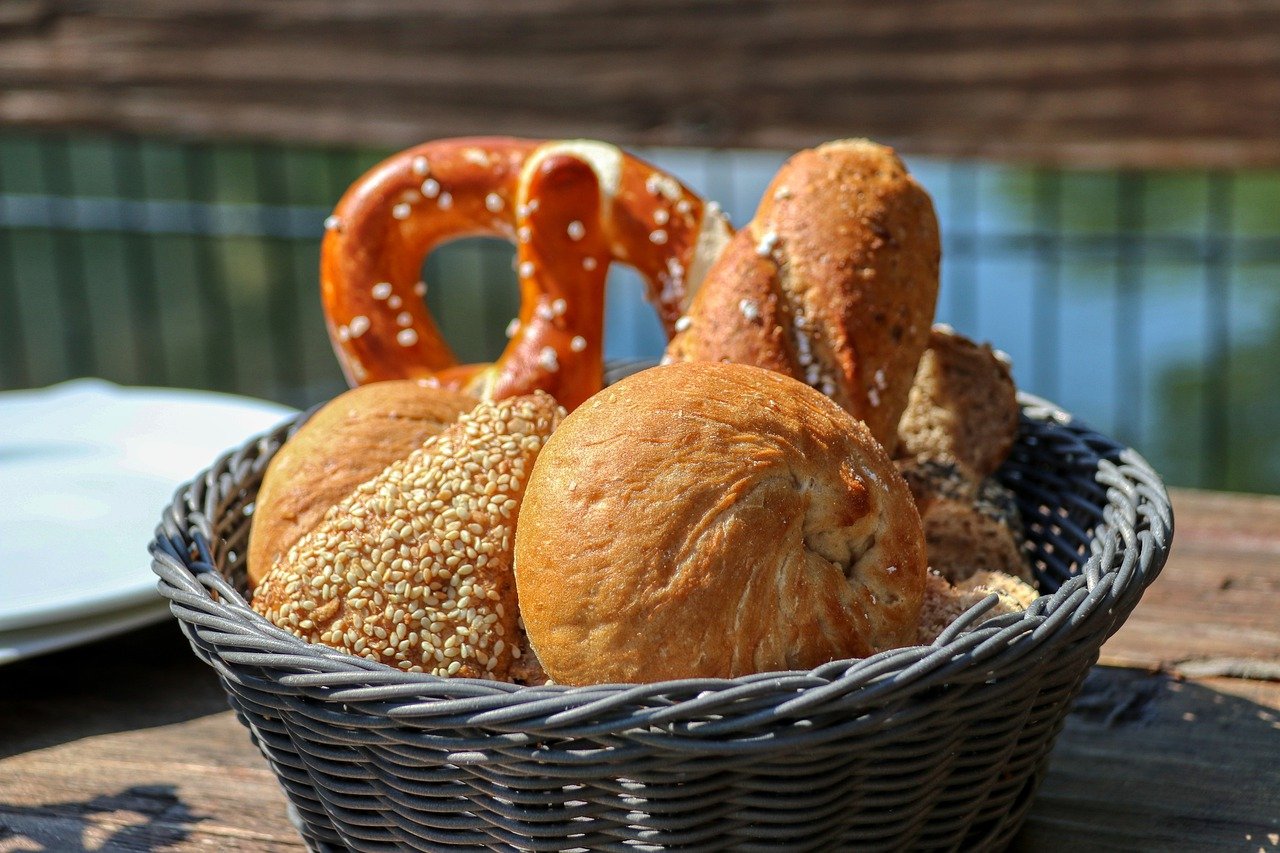 There’s a lot to love about living in Germany. Lately, though—and mostly because of the pandemic!—I feel like I’ve been forgetting just how lucky I am to live here. As my husband can attest, I’ve been whining even more than usual about aspects of life here that I find annoying.

In my defense…I can’t help it, OK? The last time I left the country was nearly two years ago, when I went to Cool Germany. I haven’t been home to Michigan in nearly three years. My Fern– and Heimweh have reached dangerous levels. I gotta get outta this place.

Now that I’ve gotten my first dose of vaccine, my chances of escape this Summer are looking more and more promising. Still, that won’t be for another few months and, in the meantime, I need to start looking at the sunnier side of things, if I want to stay sane. What better way to do that, then to do some gratitude journaling? Even better, why not do the millennial thing and turn it into content for my blog?

So, here are my favorite things about living in Germany, in no particular order.

I’m going to level with you. I’m really sick of spazieren gehen. Going for walks is the only thing you can safely do during this pandemic, and, after a year, it’s begun to feel like a chore. At this point, even though I have several paths to choose from, I feel like I could walk most of them blindfolded.

Of course, I’m (obviously) lucky to have so much choice to begin with. This is the first place I’ve lived with pedestrian and cycling paths everywhere, and several hiking trails through the forest within walking distance from my home. There’s a nature preserve near where we live. I see birds of prey on basically every walk, from tiny little dudes to big scary guys. Deer sometimes run right out in front of me on hikes. There’s even foxes.

If I don’t want to go for a walk through the woods, I can go to the park. Or around one of the many ponds/small lakes. If I want to make a day of it, the Harz Mountains are less than an hour away by car.

As I mentioned above, there are pedestrian and cycling paths everywhere. You don’t need a car to live in most of Germany, and Wolfsburg is no exception. Since I prefer to walk or cycle everywhere, I don’t usually use public transport, but it’s worth mentioning that, even in our small city of only 120k (which is also very spread out), the buses are fairly reliable. I can catch a bus that goes into the city roughly every 15 minutes. And if I want to go to another city, I can easily take a long-distance train.

Needless to say, my health (and waistline) have benefitted from living in Germany. I’ve lost about 30 pounds since moving here, and I’d wager that 10 of them were simply from the lifestyle change of no longer driving everywhere.

No government or political system is perfect. Still, there’s a lot of things to admire about the way politics are handled in Germany.

First and foremost, Germans have more than two parties to choose from. Voting for the Greens or Libertarians isn’t “throwing away your vote” in Germany, like it is in the USA. Many Germans use their Erststimme to vote for a more mainstream candidate and party. With their Zweitstimme, they have the opportunity to send a smaller party, which better represents their interests, to the Bundestag.

You can read more about how voting works in Germany here.

I can’t vote in Germany, but it’s comforting to know that I live in a place where the politics are more balanced and representative of the population overall.

In a similar vein, I appreciate that politicians regularly go on talk shows here and get asked serious, at times even challenging, questions. Yes, even Chancellor Merkel. Typically, these discussions are round table style, and include experts on the topic they’re discussing that day. For the most part, everyone is respectful, and they don’t resort to personal attacks or talking over one another.

The majority of Germans watch Die Tagesschau, which is a balanced and impartial nightly news program on public TV. Overall, mainstream news in Germany is balanced and trustworthy; unlike in the US, you (generally) don’t have to worry about your Opa or Onkel getting radicalized by some ding-dong on an entertainment channel masquerading as the news.

I’ve complained before about the lower quality of movies and TV here in Germany. My original theory was that it’s due to the Rundfunkbeitrag, which is the monthly sum of money everyone living in Germany has to pay, for public TV. If studios are guaranteed funds for their TV and movies, how much incentive do they have, really, to put in actual effort?

Of course, that’s not the whole story. That funding also goes to the news and talk shows I just praised, many of the German YouTube channels I love, excellent shows like ZDF Magazin Royale…

…and the best documentaries you’ve ever seen. In. Your. Life.

OK, maybe that’s a small exaggeration. They really are high quality, though, and on just about every topic you can imagine. They’re also widely available; those of us living in Germany can access extensive libraries of documentaries on TV station apps like the ARD Mediathek. Not in Germany? No worries! German networks upload a lot of their documentaries to YouTube.

Yes, stereotypes about Germans being serious, direct, and only able to loosen up after a beer (or two) exist for a reason. I think there’s also some confirmation bias coming into play here, though; if you already have certain expectations, you’re more likely to notice when they’re fulfilled than when they’re not. So, you notice that your friends Hans and Ulrike fit every German stereotype, while conveniently forgetting that Jonas, Anna and Lisa are outgoing, late all the time, and don’t yell at strangers who cross at a red light.

It’s undeniable, of course, that there are cultural influences that make your average German behave in different ways than, say, the average American or Canadian. Even the most outgoing Germans don’t go around asking strangers how they’re doing, or try to make small talk with the woman scanning groceries in the checkout lane. So, when a German asks you how you’re doing, you can expect that they actually want to know.

If you ask a German friend a question about a sensitive subject, you can usually anticipate an honest answer. If they invite you over for dinner, out for a beer, on a hike, etc. you won’t have to worry about trying to figure out if it’s a real invitation, or if they’re just being nice.

Honestly, I do miss superficial American friendliness sometimes. Especially when shopping or in restaurants, because it makes day-to-day public life more pleasant. Still, there’s something comforting about living in Germany and not having to question every social interaction. It just is what it is.

Every full-time employee in Germany gets at least 20 days off per year, paid. Holidays are also paid, and you get at least 10 per year; more, if you live in certain states.

Sick days are paid and unlimited. You just need a doctors note.

Maternity and paternity leave are required by law and paid.

Unions here are generally strong, and most of the population hasn’t been brainwashed by conservatives into believing that they’re somehow detrimental.

There’s no at-will employment nonsense here; your employer needs a good reason to fire you, once you’ve passed the probation period.

And while we’re on the subject of benefits…

I’ve already written a comparison of the American and German healthcare systems, so I won’t go into detail here. Needless to say, though, as someone with a chronic illness, I’m so grateful to live somewhere that won’t bankrupt me because I’m not perfectly healthy.

I don’t really have anything more to add on the subject. Sorry it’s a bit of a downer.

Shall we end this on a high note?

You think you love Christmas? Well, think again! Germans will out Christmas spirit you every time.

Need proof? Look no further than German Christmas markets. Nearly every town has at least a small one of their own, but you’re not really getting the full experience if you don’t go to at least one of the larger markets.

What makes them so special? I have a post that goes into detail, but this sums it up: mulled wine, poffertjes, and candied almonds.

Aside from the food and drink, there’s just a really nice atmosphere in German Christmas markets. They’re cozy despite being overcrowded, and are a great place to spend time with family and friends during the holidays.

I hope the Christmas Markets are open this year. Drinking mulled wine at home just isn’t the same.

Oh! And before I forget…

Real ones know, but for those of you who were confused by the main image…Germany has the best bread. Period.