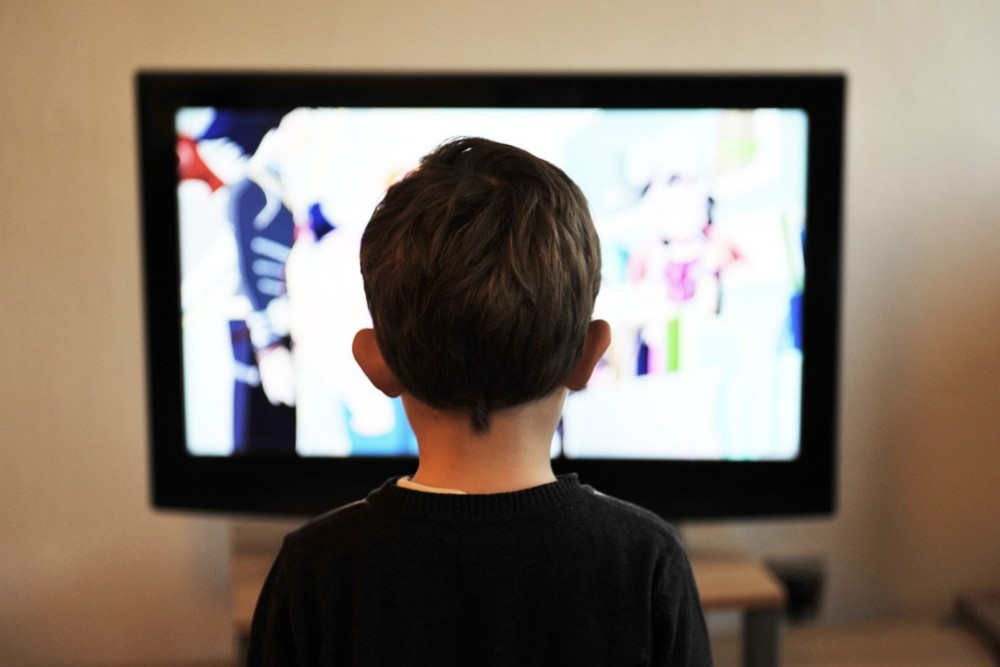 Update: This post is out-of-date! If you want a more comprehensive guide, check out my latest post on my favorite German movies, TV, podcasts, and more.

Learning German can be quite difficult. It can also be really boring if you spend the entire time with your nose in a textbook. One of the best tools for learning a new language, besides speaking it regularly, is consuming media in your target language. When you’re just starting to learn, merely hearing how the words sound is helpful, even if you don’t understand 99% of what you hear.

No matter the language you’re learning, it’s important to immerse yourself as much as you can. I’ve told my English students on several occasions that they’re very lucky; when you’re learning English, Netflix can become your part-time teacher. There are so many TV shows and movies you can watch in English. If you’re a beginner, you can watch them dubbed or subtitled in your native tongue, and then re-watch in English.

For us English speakers learning German, well…the options are a bit more sparse. They still exist, though! So, I’m going to share my five favorite German-language programs. They’re also listed from easiest to more difficult; based purely on my own opinion, of course.

Easy German is a YouTube Channel with videos in German that are clearly subtitled with exact translations into English. The hosts go around Germany (mainly Berlin) and interview people on the street about various topics. I think this is a great place for an absolute beginner to start, even though the topics are sometimes quite complicated. Why? Well, two reasons.

First, the German subtitles in Easy German videos match exactly what’s being said. They keep everything in, including the “ums” and “ahs” people make as they’re thinking of an answer. This is extremely helpful for beginners learning German, as subtitles in standard German media tend to give the “gist” rather than a word-for-word transcription.

Second, since they’re on YouTube, you can slow the video down. This makes it much easier to follow even the fastest speakers they interview.

Currently, Dark is the only German-made Netflix original. The acting is spectacular, the plot well-written, the pacing perfect, and the aesthetics are gorgeous. Nearly every shot is stunning. Without spoiling anything, the show is about missing children, a mysterious cave in the woods, a nuclear power plant…and time travel.

Deutschland 83 is an American-produced show filmed in Germany. We watched it in German, with English subtitles. You can currently purchase the series on Amazon for $19.99 in the US, or watch it for free on Prime if you live in Germany.

This show follows an East German soldier in 1983 as he spies for the Stasi (East German secret police) in Western Germany. It’s as good as Dark in every way; superb acting, great plot, and fantastic pacing. Of course, it’s hard to make the cold war pretty, so it’s not always the nicest thing to look at, but you don’t always need that, do you?

I’m listing Deutschland 83 as slightly more difficult for those learning German than Dark, because it’s a historical drama with more complex themes. You may also notice that the original German tips you off to a major plot reveal much earlier than the subtitles, if you know enough German. So, the subtitles for this show aren’t quite as clear as they could be.

As I’ve mentioned before, this is my favorite German series. It’s a documentary-style program about Tierpark Hagenbeck, which is the Hamburg city zoo. This is the first series on this list to not have English subtitles available. However, it’s intended for families and therefore child-friendly; if you’re around A2 or B1, you’re going to understand the majority of what’s being said. Most of the episodes also have subtitles! Yay!

If you live in Germany, watching this show is as easy as going to the Das Erste app. If you’re currently living outside of Germany, though, you’re still in luck! You can watch full episodes on YouTube and they’re usually subtitled.

You can’t write a list about German programming without including Tatort, Germany’s favorite (and longest-running) TV show. Every major city in Germany films their own episodes of this krimi, and they all star different investigative teams. Switzerland and Austria even have their own episodes!

All episodes have subtitles if you watch them on ARD or Das Erste. You can find some episodes on YouTube, if you’re currently living outside of Germany. Even though many German families watch this show together, it’s not really a “family” show; so, the language is a bit more complex. Still, as a procedural crime show, it’s not quite so complicated that you need to be a native speaker to understand what’s happening. I’m currently level B1, and I can follow Tatort quite easily.

As you may or may not remember, I’m not a huge fan of Tatort. It’s not that Tatort is bad, I just don’t really like crime shows or books. From any country. I’ve included it on this list, though, because I know I’m a weirdo and most people love crime shows. So, if you’re into procedural cop shows, you’ll have a lot of fun learning German with this series.

Neo Magazin Royal, hosted by comedian Jan Böhmermann, is my husband’s favorite show. Over the past year, the opening monologue has been mostly too complicated for me to understand. They’ve recently come back on the air after their Summer hiatus, though, and I realized I can finally understand some of the opening dialogue! Without subtitles! Yay!

Even before this recent breakthrough, though, I really enjoyed this show. Why? Well, for one, the other segments are much easier to understand. It’s also just a very entertaining show, hosted by a very funny comedian. Who says Germans can’t be funny?

Like everything else on this list except #5 and #6, you can watch some of this show on YouTube. Obviously it’s just clips, and not the full program; but, as someone who can only watch many of her own favorite late-night American programs through clips, I think it’s a fair compromise.

Now, obviously, this list isn’t exhaustive. It is, however, a good list of German programming that you can watch even if you’re not here in Germany. I didn’t include movies for the same reason; if you don’t live here, they’re a little harder to find on places like YouTube, Netflix or Prime.

Don’t despair just yet if you live in the USA, though! You have access to Babylon Berlin on Netflix. I haven’t seen it yet, as it’s only available on a premium channel here, but it comes highly recommended by our German friends currently living state-side.

At a later date, perhaps I’ll share some music and reading suggestions for learning German. I’ve only recently found a few German bands I like and, since written German is slightly different than spoken, I’ve mostly been avoiding reading in German. Yes, yes; shame on me, I know!

Next week, I’ll be talking about some of the strange, post-apocalyptic playgrounds here in Wolfsburg. If you’ve spotted any strange playgrounds in your German city, please share a photo if you’d like to see it included! I’ll be sure to give you credit and link back to your blog if you have one.