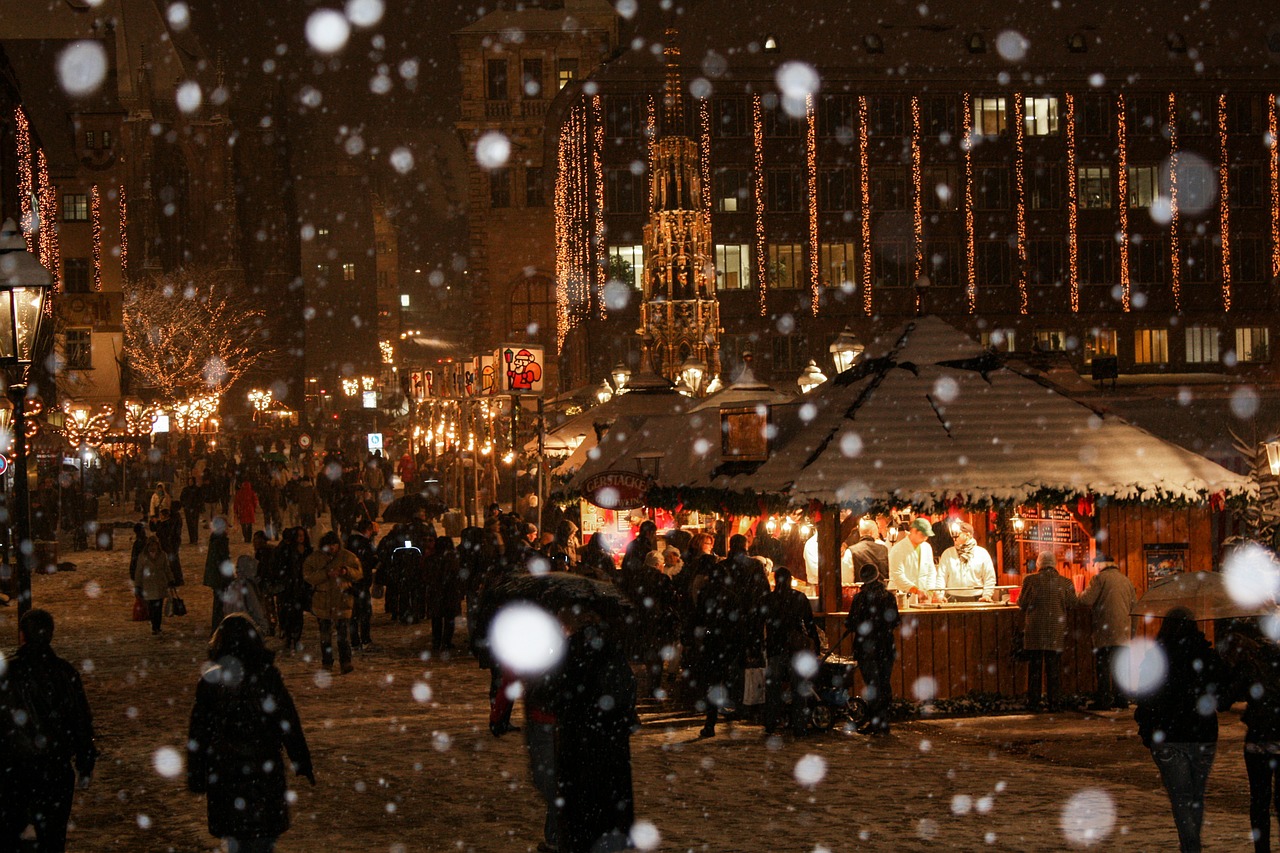 If you’re in Germany in December, visiting a Christmas Market (Weihnachtsmarkt) should be one of your top priorities. It doesn’t matter if you’re a tourist, an expat who has already been here for a few years, or a native German. You need to go! Why? Well, they’re easily the best part of German culture; that’s why.

For those who don’t know, these markets pop up every December all throughout Germany. A typical Christmas Market consists of wooden stands where vendors sell everything from food and hot drinks, to hand-made goods. Sometimes there will also be rides for children, a stage for live music, and fairground games.

Larger cities have multiple Christmas markets, many of which are highly specialized. Berlin has everything from tiny artisan markets to a large, medieval-style market. I visited two in Berlin last year: an “alternative” market on the Spree and the Alt-Rixdorfer Market in Neuköln neighbourhood, which is run entirely by charities.

The only Christmas Market I know of in the USA is in Chicago, and we found it very small and disappointing. I did, however, really enjoy the Christmas Market in Toronto, Canada! In fact, we visited it two years in a row. The stands looked just like they do here in Germany, they were selling traditional German foods, and many of the vendors were German.

Most importantly, though, both of those markets had Glühwein.

Glühwein, which translates to glow wine, is a warm spiced red wine. Some vendors put their own spin on it by adding shots of liquor or other flavorings. No matter the market, though, you should be able to find this Christmas market staple in its original form. You can even get it alcohol-free; just look for Punsch or Kinderpunsch.

Besides Glühwein, there are other treats you can find in every Christmas Market in Germany. Gingerbread cookies customized with icing, tasty sugared almonds, various sausages, and candy-coated apples are everywhere. You can also indulge in potato pancakes, waffles, and fried mushrooms.

You can even find horse sausage in some markets. I had it before I went vegetarian, and remember thinking it was tasty. Now, of course, I’m plagued with eternal guilt for trying it. If you’d like to experience your own internal conflict, look for stands that advertise Pferdewurst or Rosswurst.

Naturally, the Christmas Market is also the best place to buy your Christmas decorations. They have everything you could possibly need. You can find Christmas staples like bulbs, nativity scenes, paper star lanterns, Santa figurines, and (of course) nutcrackers.

One decoration I’d never seen before moving here is the Christmas Pyramid (Weihnachtspyramide), which you can see at every Christmas Market. It isn’t actually a pyramid; rather, it’s in the shape of a stacked carousel with a propellor at the top. Traditionally, the pyramid moves because of hot air from candles below the propellors. Modern pyramids have a motor. They come in a variety of sizes as well.

As for potential Christmas gifts, it’s always a mixed bag. It’s great when you come across hand-made items, but it’s disappointing to see stands selling things you can find in the mall. Especially when (as is the case here in Wolfsburg) the Christmas Market is literally right in front of the mall.

I don’t think most people visit Christmas Markets to do serious gift shopping, though. Instead, they go to enjoy the company of friends and family over a few mugs of Glühwein.

If you find yourself in Germany before Christmas, make sure you stop by your local Christmas Market!

This is my last post of the year. I am leaving very soon to spend some time in the USA with friends and family. I will be back in Germany in January, ready to start writing again.