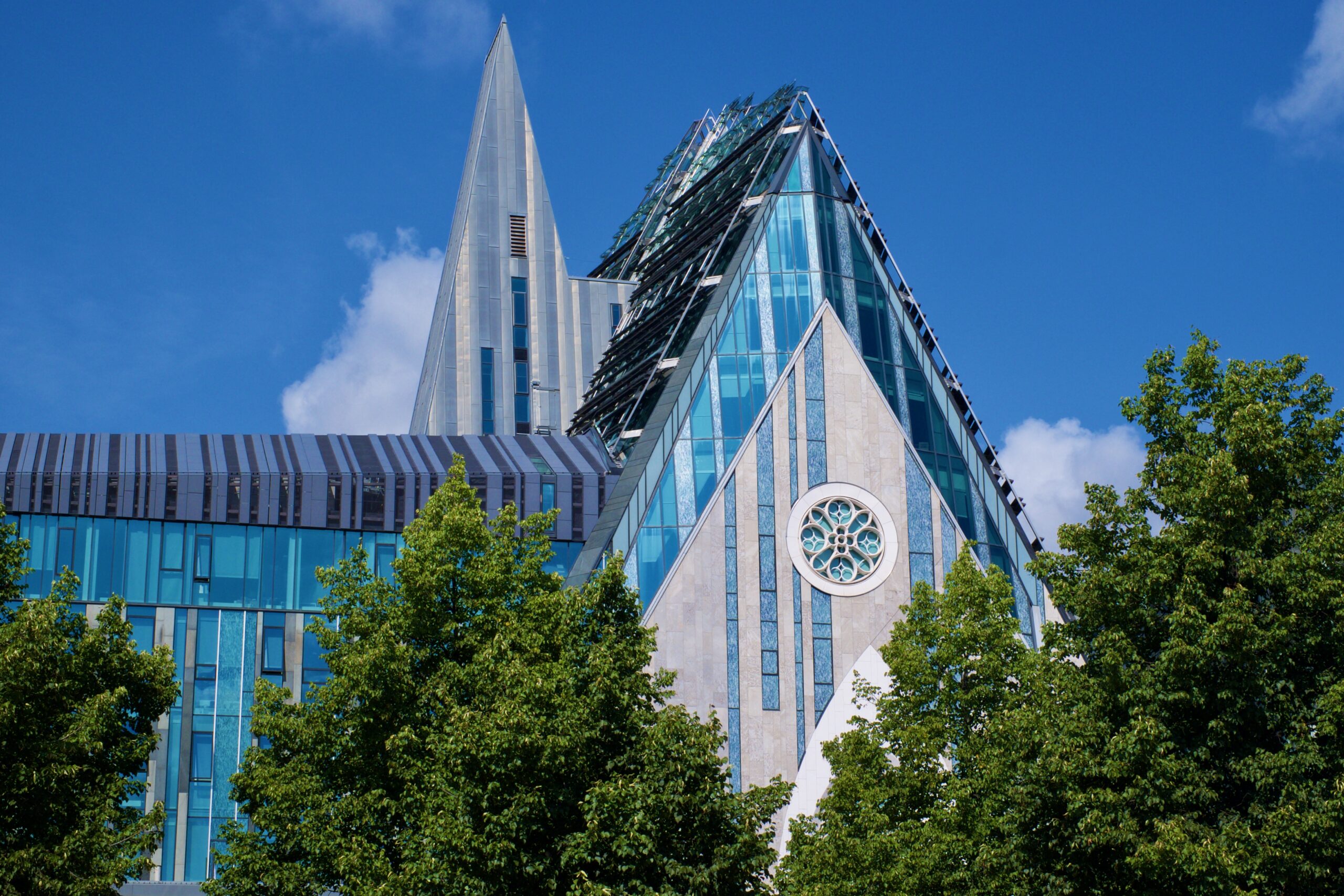 Last Summer, while many people were going abroad for the first time since the pandemic started, my husband and I played it safe and stayed in Germany. I already talked about our trip to Frankfurt, and made the (outrageous) claim that I’d have posts about my mini Summer vacations in the coming weeks. That was, of course, a lie; I made no such posts. I could sit here and tell you that it’s because I was busy with university stuff, but that would also be a lie. Yes, school kept me busy starting in October. Before then, though, I totally had the time…

…just not the drive.

My first mini vacation last Summer was to Leipzig, which is a city I’ve been to before. This time, I was there to visit my friend, the lovely and talented Eowyn Driscoll. Funnily enough, she also used to live in Wolfsburg, but we didn’t meet until she’d already managed to escape.

We walked around the city, did a little shopping, had mediocre sushi and fantastic ice cream (not at the same place), and then made our way to the Völkerschlachtdenkmal (Monument to the Battle of the Nations).

This monument to Napoleon’s defeat in Leipzig is as massive (and photogenic) as it appears in the photo.

After heading back into the city, we stopped at the Ratskeller der Stadt Leipzig for a beer. Or, rather, I had a beer; Eowyn doesn’t like beer, so she had something else. While we were there, she told me that she’d never been, because her husband is against visiting “touristy places”. I get it; the place was kitschy and overpriced, and the waitress seemed annoyed by our mere existence. My beer was pretty good, though, and I don’t regret trying it whatsoever. And, hey; I was a tourist, after all!

Our last stop was at a pizza place I’ve sadly forgotten the name of, but, Eowyn swears is the closest thing she’s found to New York “grab a slice”-style pizza in Germany. I will take her word for it; she’s a Real New Yorker™, after all, and my only experience with New York pizza was at one of the twenty tourist places in NYC that claim to sell the original slice. (Update: the restaurant is called Il Corso)

My other goal for Leipzig was to visit the zoo, as it’s my favorite in all of Germany; possibly, the entire world (I’ll let you know, definitively, after I’ve visited the entire world). I hadn’t bought my ticket ahead of time, because I didn’t think the zoo would be busy on a weekday. Unfortunately, I should have thought again. I had unknowingly booked my Leipzig trip during a school break. So, of course, all tickets were sold out when I went to buy them the night before.

Instead of enjoying the zoo, I enjoyed a free walking tour of the city. I had originally signed up for the tour in German, but, after seeing how massive the German tour crowd was, I switched to the much smaller English tour. The tour guide, a student at Leipzig University, did a fantastic job explaining the many highlights of the city. I strongly recommend taking one of these tours if you visit Leipzig! Just remember…the tour might be free, but you should still tip.

After the tour, I visited the Gedenkstätte Museum in der “Runden Ecke” (memorial museum in the “round corner”). Since 1990, this building has hosted the free exhibit “Stasi – Macht und Banalität” (Stasi – Power and Banality), which covers life in the GDR under communism and, more specifically, the role of the Stasi and how they negatively affected the lives of civilians.

You can see everything from office and jail cell recreations, to spy gear, uniforms, and even the steam devices used to open the private mail of citizens who were being spied upon. One of the lighter displays is the one below, which explains “Ostalgie”: the nostalgia for the way things were under communism, understood to be viewed with (heavily-tinted) rose-colored glasses.

My last stop was the Museum der bildenden Künste Leipzig (Leipzig Museum of Fine Arts). There were some really nice exhibits, but my favorite was the photography of Andreas Gursky. In particular, I really enjoyed his Formula 1 photos. I don’t have any photos because, well…it’s weird to take photos of photos, isn’t it? And of paintings. If you’re curious (and you should be!) then I’m sure Google can help.

Instead, enjoy this photo of a cute bird made of garbage, and his suspicious (or high?) friend in the background.

So, that was Leipzig. Next week, I’ll have a post about my trip to Quedlinburg. No, really! I will! It’s already written and everything, I swear.