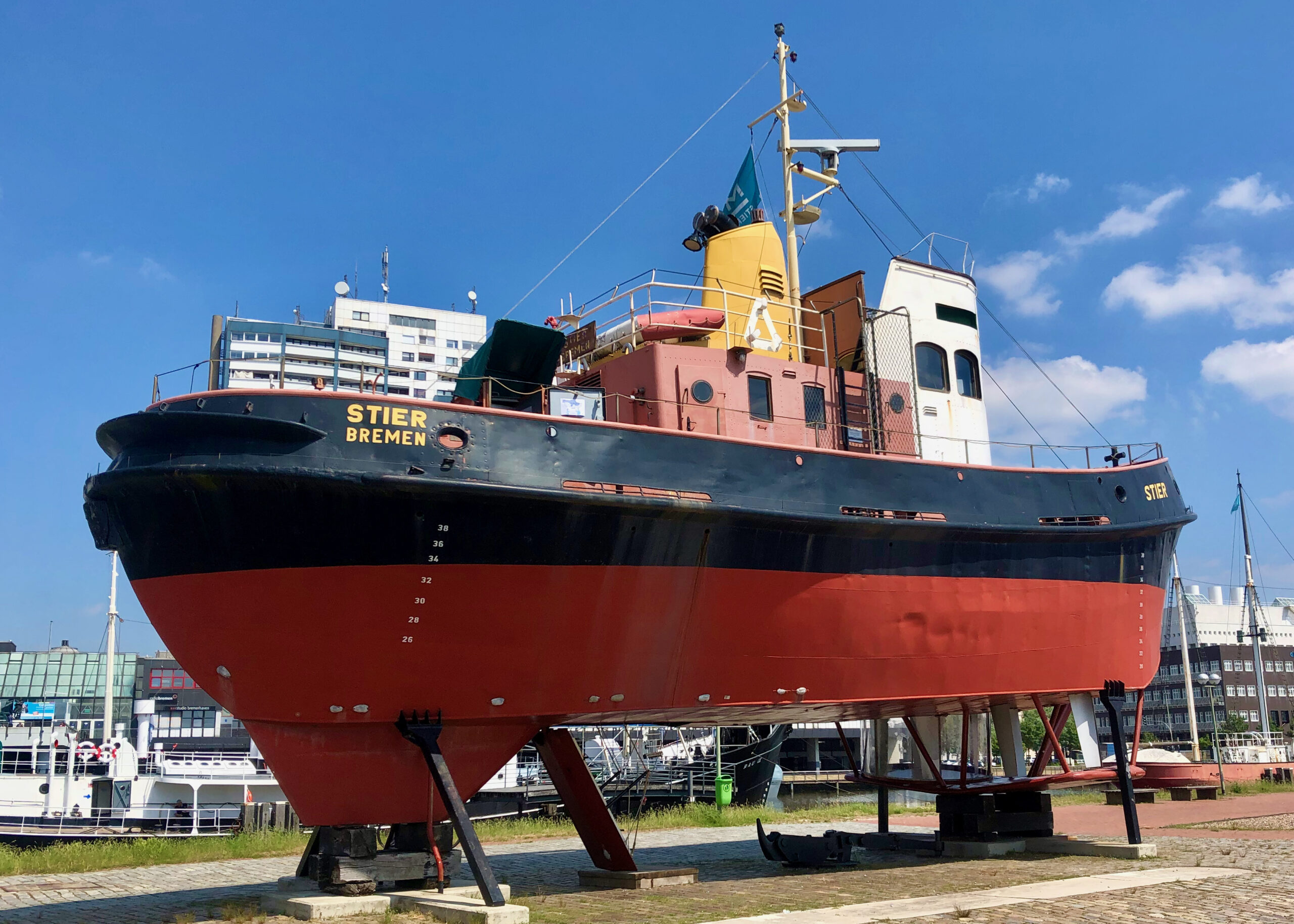 My husband has wanted us to take a vacation to the North Sea coast ever since we moved to Germany four years ago. The closest we’ve been is Hamburg, which isn’t actually close at all. Like camping in my home-state of Michigan, however, it’s hard to find accommodations on the coast unless you book far in advance. So, he’d put on a documentary about the North Sea coast every now and then, mention he’d like to go, and then we’d forget about it again for a few months.

Well, this June we finally went. On a whim, we decided to check and see if there were any hotel rooms available on the coast for a long weekend. There weren’t many, but we did manage to find a hotel room in Bremerhaven. It wasn’t as far North as we would have liked, but it was within driving distance of places that were more classically “North Sea coast”.

On the first day of our trip, we visited the Bremerhaven Zoo. They have some of the most active polar bears I’ve ever seen. The male was separated from the females and playing with a ball in his side of the large enclosure. From the side, we could see the female and adolescent polar bears watching him through the glass…until they remembered they also had a ball, and went off to play together.

They also had harbor seals, South African fur seals, and South American sea lions. We arrived at just the right time; not only did we get to see the polar bears playing, we also had a perfect view of feeding time for the sea lions.

The Bremerhaven Zoo also has an aquarium, with an…interesting…sponsor:

(For those who don’t know, Nordsee is a German fast food chain that specializes in sea food)

After the Zoo, we stopped for drinks at an outdoor bar close to the water. Either the owner or the manager had his dog there, which was pretty cool. Unfortunately, this is Germany…so the dog was too well-behaved and I didn’t get a chance to pet him. Bummer.

Our last big stop of the evening was the docks. We had dinner at a moderately-priced fish restaurant I won’t mention the name of, because I honestly didn’t enjoy my meal. It was far too greasy and bland. The area itself was interesting, though. It’s mostly industrial, and you can get a good look at the boats.

The next day, we did a day trip to Cuxhaven. On the way, we stopped at the Wurster North Sea coast for a Wattwanderung. A Wattwanderung is a low-tide walking tour of the beach and sea bed. You learn about the tides while doing your best to avoid the occasional crabs that pop out of the sand.

Our tour was with Wattenpeter. If you speak German, I highly recommend him as a tour guide for your own Wattwanderung; especially if you have kids. He is very friendly and informative; he easily held the attention of the adults and the children in the group.

After the tour, we got two Krabbenbrötchen from a nearby stand. It’s basically a sandwich filled with very tiny shrimp. They’re good, but not something I’d want to eat every day. They taste like eating the ocean and they’re also pretty pricey; I think this was the first time I’ve seen “market price” for shrimp.

Afterwards, I had After Eight ice cream from another food stand. Mint Chocolate Chip ice cream is my absolute favorite, but I assumed I’d never find it in Germany; not when every German I know complains that mint tastes like toothpaste, anyway. So, imagine my surprise when I found out that they make After Eight ice cream and it’s basically mint chocolate chip! So I now never miss an opportunity if I see it at an ice cream parlor with After Eight.

The lady at the stand also told me she loved my accent, which made my day. As an American, you have to take these compliments when you get them; it may never happen again, after all.

Cuxhaven itself was much cuter than Bremerhaven; I could immediately see why all the hotel rooms there were booked out. We almost did a boat tour to look at seals, but decided to simply walk around the pier and harbor instead; it’s not like we’d get any closer to them than we did at the zoo, after all.

Back in Bremerhaven, we had dinner at an Italian restaurant called Ristorante Scala. It was easily the best pasta I’ve had in quite some time. If you are in Bremerhaven, I can’t recommend this restaurant enough! After that heavy meal the previous day, this was an especially welcome change.

We ended the night with Wegbiere on the busy Lohmann Promenade. Most of the crowd was made up of local teens competing to see who could play their music the loudest, but there were also plenty of families and couples. As the sun set, we could hear the 40+ crowd singing along to Atemlos at the nearby beach bar. The city seemed dead on our first night, but now, on our last, it was full of life.

According to my husband, there’s still things we need to do “in the North”. Overall, though, I think this was a pretty good sampling of what a vacation on the North Sea coast entails. I did the all-important Wattwanderung, had a Krabbenbrötchen, visited two harbors, and watched the sun set on the water. What more could you want?