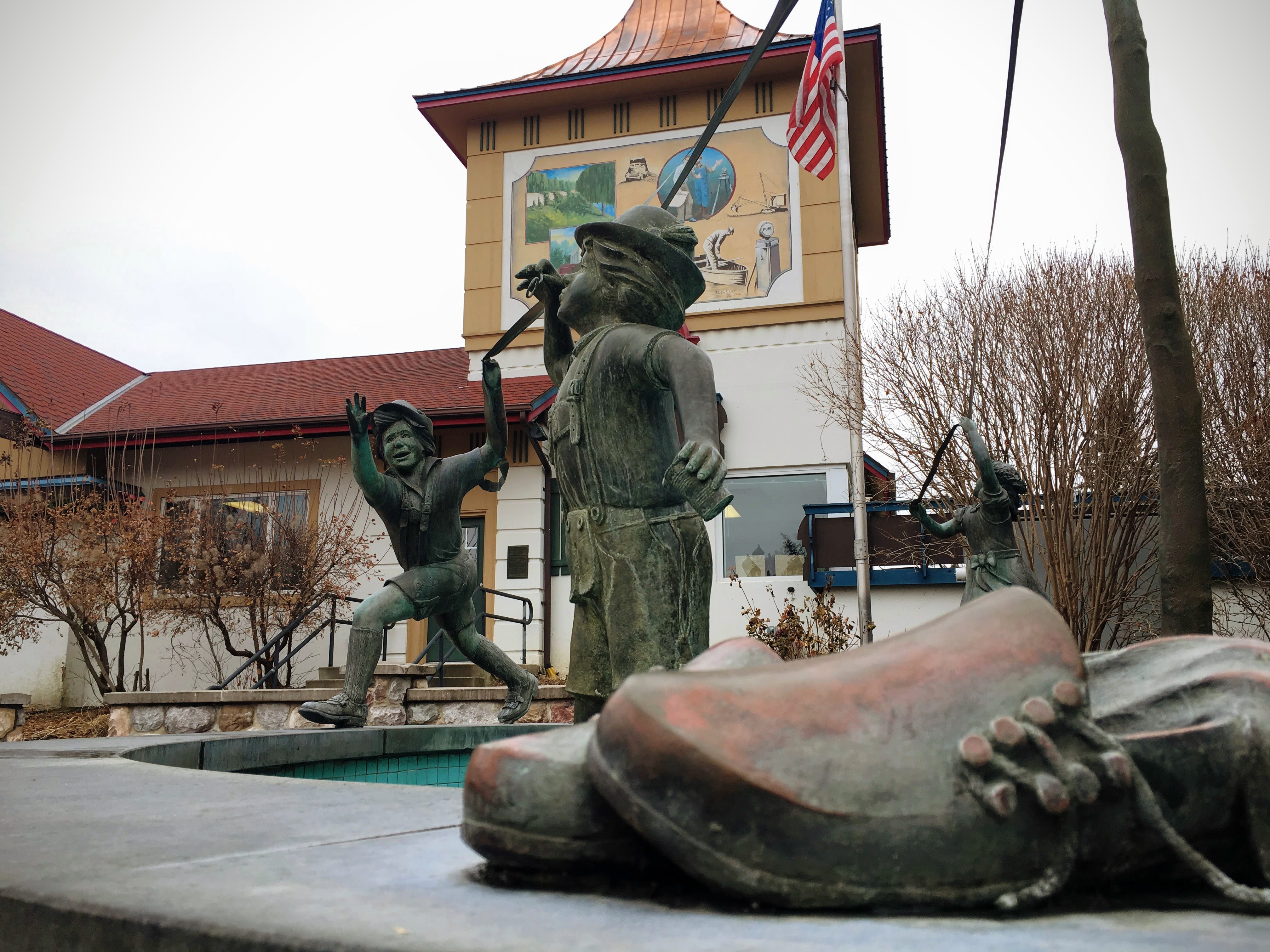 Frankenmuth, Michigan is a small town settled in 1845 by German immigrants from the Kingdom of Bavaria. To this day, Frankenmuth continues to pay homage to their roots, even though the Kingdom of Bavaria is long gone. This tiny town of 5,000 sees over 3 million visitors per year, and is the most popular vacation destination in Michigan.

I loved going to Frankenmuth when I was a child. We would always eat at a restaurant called Tiffany’s for lunch. Then, we’d go to the Frankenmuth Fudge Kitchen; I was obsessed with the  miniature train that went all around the shop. Finally, we would stop at the arcade. Tiffany’s and the Fudge Kitchen are still there to this day, but the arcade was replaced by a cute (and sorely needed) coffee shop.

Frankenmuth’s economy is driven primarily by tourism. Most of the buildings on main street were designed to look like they were pulled out of a German storybook. Some businesses do a better job than others. Zehnder’s Restaurant, for example, looks more like an old plantation house. The Bavarian Inn Restaurant, meanwhile, actually looks Bavarian; it even has a cute little glockenspiel! It plays the story of the Pied Piper, a cautionary tale about always paying freelancers.

Both restaurants sell fried chicken as their speciality, and are right across the street from each other.

There are gift shops in the basements of both restaurants. They sell their chicken seasoning, baked goods, German souvenirs of varying authenticity, beer, wine, and more. I even found some Kinderschokolade at Zehnder’s and Milka bars at the Bavarian Inn! Seeing $5.50 (4.79€) for one bottle of Weihenstephaner gave me sticker shock, but it’s nice that they have it available.

The main hotels in Frankenmuth are the Bavarian Inn Lodge and Zehnder’s Splash Village. Once again, the Bavarian Inn Lodge put in more effort to look, well…Bavarian. The employees wear dirndls and lederhosen, there’s beer steins everywhere, the main lobby has an Alphorn, and they even have a Biergarten in the Summer. The rooms are a little old-fashioned, but the owners are earnest in their love for both Frankenmuth and the real Bavaria.

The other “main attraction” in Frankenmuth is the River Place, which was designed to look like a small Bavarian village. All of the buildings (and many of the shops occupying them) are owned by the same family that owns the Bavarian Inn Lodge and Bavarian Inn Restaurant. It’s essentially an outdoor souvenir mall with knick-knacks, collectables, clothes, ice cream, fudge and a lot of candy.

The buildings remind me of a studio backlot. They look real from far away; but, up close, you start to notice the scaling is a little off and the exposed wood is fake.

It’s a cute little area; especially in the Spring and Summer. My ugly Winter photos aren’t doing the landscaping any justice.

There are a handful of other attractions in Frankenmuth. These include a church that still has services in German, a river cruise in the warmer months, a small aviation museum, a campground, and the world’s largest Christmas Store, Bronner’s Christmas Wonderland.

Bronner’s first opened in 1945, and has remained a staple attraction of Frankenmuth ever since. They  sell trees, wreathes, bulbs, animatronics, miniature houses, and figurines. Basically, they have everything you could want for your American Christmas. Unfortunately, I didn’t see any traditional German decorations for sale. So, you will be out of luck if you’re hoping to find a Christmas pyramid.

You can, however, purchase a Christmas pickle in many different styles.

There are a lot of large festivals in Frankenmuth throughout the year. They even have “the only Oktoberfest outside of Germany to be sanctioned by the Bavarian Parliament and City of Munich”. Other festivals include an 80’s fest, music fest, beer fest, an auto fest that features classic cars, and a dog agility competition called the Dog Bowl.

If you’re planning a visit to Frankenmuth, I recommend going during the warmer months; as is the case in most of the midwest, it’s bleak during the Winter, once Christmas is over. The exception being in late January, when Zehnder’s hosts the ice carving festival, Snowfest. Carvers from all over the world compete to create the best giant ice sculpture.

Frankenmuth is definitely worth a day trip if you’re in Michigan; especially if you have young kids or older adults with you.