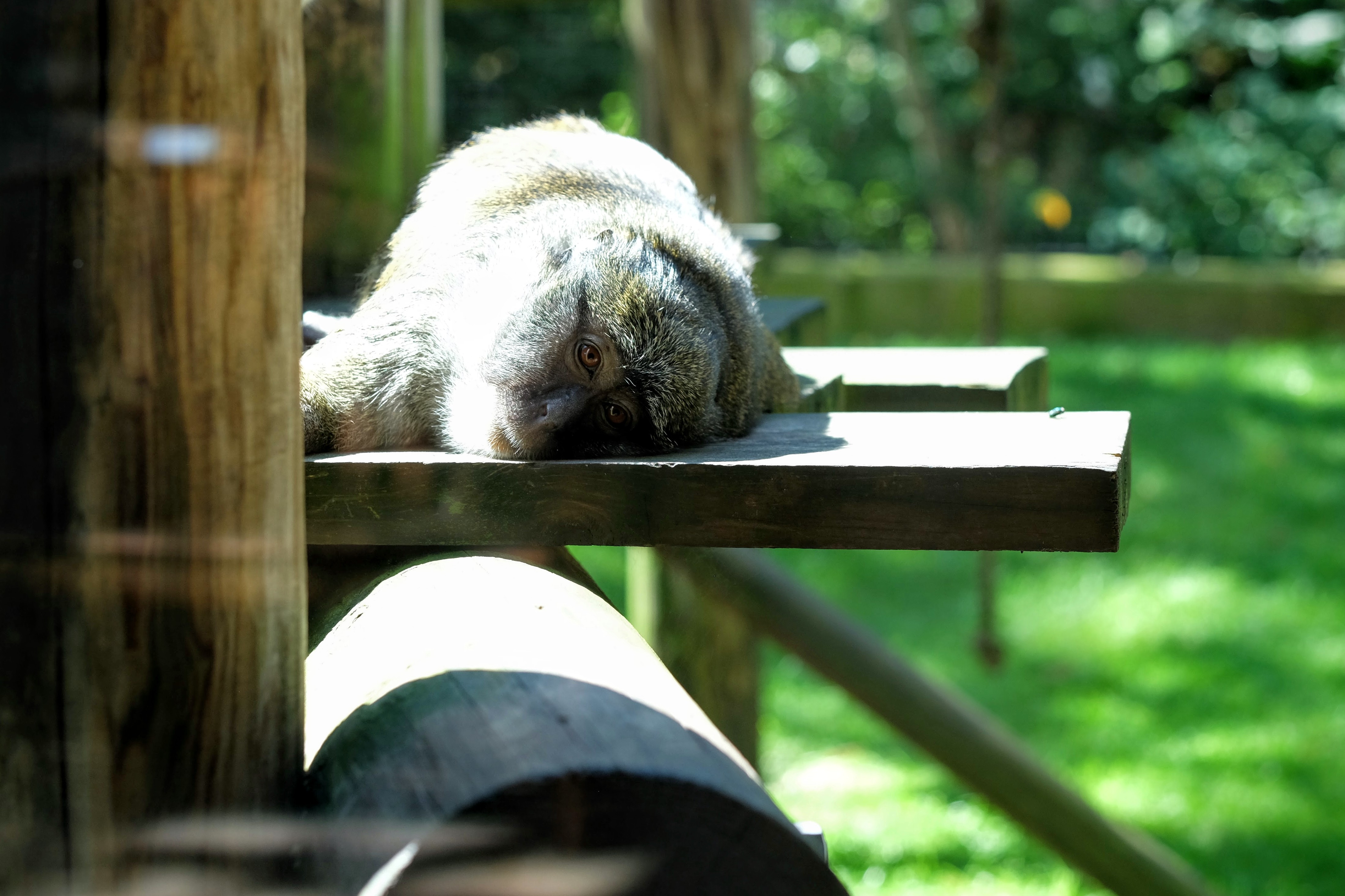 This past Sunday, I took my little sister to the Toledo Zoo in Ohio for her birthday.

Zoos always make me feel a little conflicted, yet, never so conflicted as to not go, it seems. I do appreciate the conservation work that they do, of course, but is it really fair to these wild animals to live in such small spaces?

I often found myself comparing this zoo to the Detroit Zoo, which I’ve visited several times. Most of the animals are hidden from view at the Detroit Zoo, but that definitely wasn’t the case at the Toledo Zoo.

Every single enclosure made it easy to see the animals. If they weren’t outside, you had a way to see their indoor enclosure. The Detroit Zoo, however, does not allow you to see inside the majority of their animal enclosures; I’m not sure if this is because it’s an older zoo, or if they wanted to give the animals the option to be out of the public eye.

I also booked a “meet-and-greet” with the zoo’s sloth. Unfortunately, they have a policy against posting pictures of the “private” zoo areas to social media, so I cannot share the photos I took of the sloth, except in person. It’s a pity, as they’re the best photos I took, since there was no cage to obstruct my view.

Was it still worth going? Definitely. I was a little panicked, initially, as we were waiting in the designated area and no guide had shown up. Thankfully, another worker was passing through and was happy to help us figure out what was going on. I suspect they didn’t see our last-minute booking, but that’s OK; the guides more than made up for the brief moments of confusion.

We were unable to touch the sloth, but we did get to feed her pieces of yam and celery. The second zoo keeper we met, who took over once the sloth’s cage was opened, informed us that the sloth was actually faster than they are in the wild, since she gets more to eat. The sloth was quick to come to the cage opening, but didn’t try to make a (very slow) escape until the last few moments, when she (I’m assuming) had become bored of the celery as a treat.

The Toledo Zoo has several different “meet-and-greet” packages for many of their animals. Based solely on the sloth experience, I would highly recommend splurging on one of these somewhat-pricey tours for a special occasion.