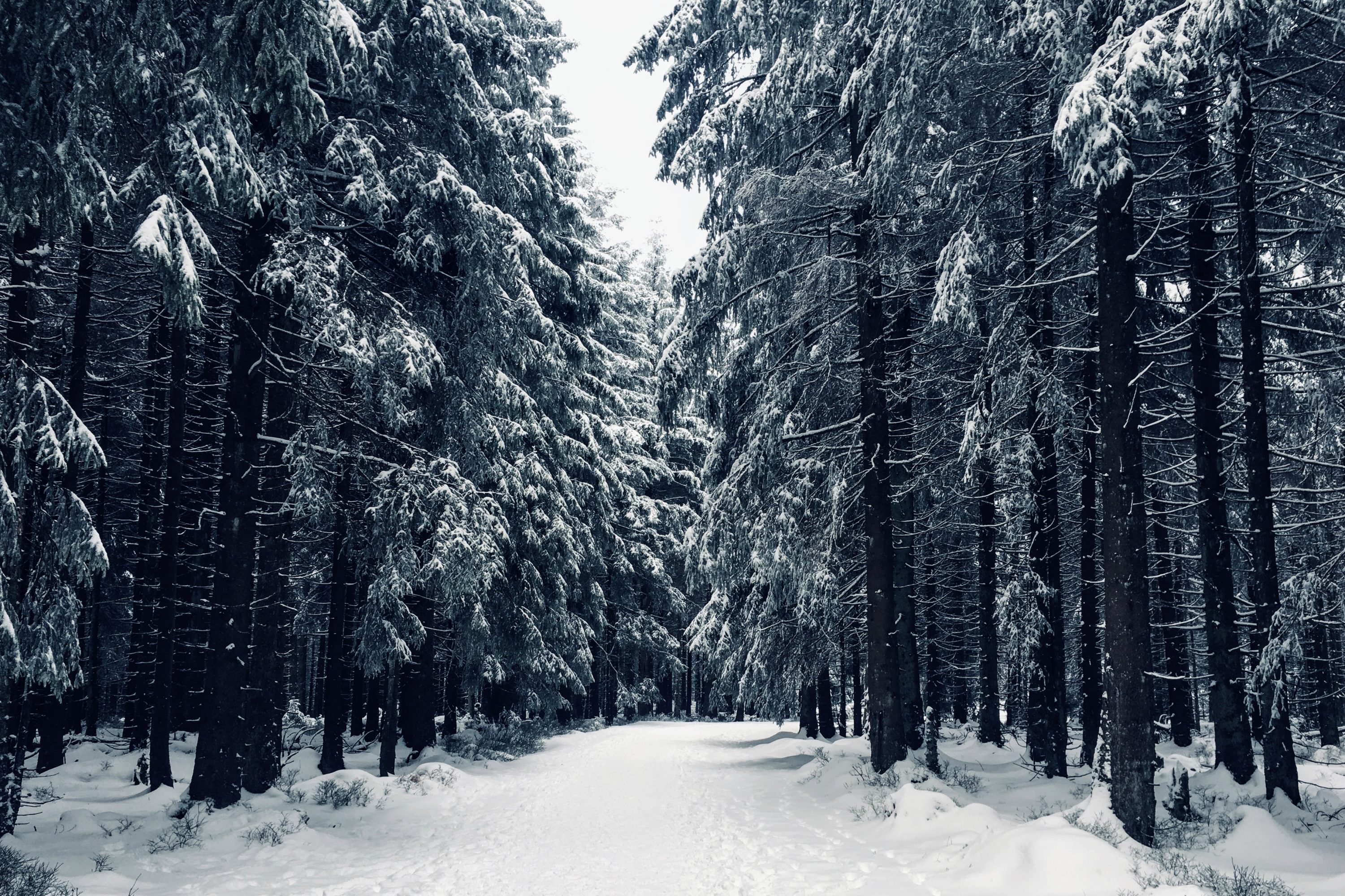 The Brocken is the highest peak of the Harz mountain range in Germany. It’s also the highest peak in Northern Germany, at 1,141 meters. This, of course, pales in comparison to the 2,962 meters of the Zugspitze in Bavaria…but who’s comparing? You can easily climb to the Brocken in a few hours, making it perfect for a day trip; especially for us, since we live less than an hour away from either of the two most popular starting areas.

My husband and I hiked up to the top during my first visit to Germany in 2015. We’ve returned to the Harz since then, but never back to the Brocken. Last December, we finally went back.

Until this trip, we hadn’t seen a single millimeter of snow in 2018. As we drove to our starting point, a dusting of snow gradually turned into a thick blanket.

Our first stop before our hike was the Bavarian Alm Torfhaus restaurant in the town of Altenau. The food was really good. I had the Vegetarischer Pfannkuchen, which was essentially a crepe filled with mushrooms and spinach, and topped with gouda and hollandaise sauce. My husband had one of their burgers. Definitely not healthy, but hey; we were going to hike for a few hours.

If you decide to do your own hike up the Brocken, I highly recommend stopping here either before or after your hike. There’s a cafeteria-style place at the top of the mountain, but the food doesn’t really compare; for obvious reasons.

We had to move relatively quickly after lunch, as we only had so many hours of daylight and forgot to bring flashlights. At the time, the sun was setting around 4pm and Germany (at least where we live) was plunged into total darkness by 4:30pm.

I didn’t really feel the cold until we were near the summit of the Brocken. It’s very windy up there; this time, to the point that it was hard to keep my eyes open. When we went in 2015, I watched someone’s double-seated stroller nearly blow away. He must have had practice with the situation, because he caught it effortlessly.

I didn’t see any flying strollers this time, but I did see a lot of falling people. Well, falling dark blobs, anyway; it was hard to see much of anything once we were at the top, as it was white-out conditions. Although I almost fell a few times on the way back down, I’m happy to report that I was not one of those falling blobs. I was just a blob.

We headed back down after a quick cappuccino at the cafeteria at the top. For me, down is the worst part of any hike. I’m clumsy as hell, and adding a thick layer of crunchy snow to the mix is a recipe for disaster. So, I proposed taking the train back down. Once my husband said how much it costs, though (30€ per person!) I decided to take our chances on nature’s slip-n-slide.

We made it back down the Brocken surprisingly fast, but not quite fast enough. We did the last 15 minutes with naught but the light from our phones. Or, well, my husband’s phone; my phone’s battery shrivels up and dies at the mere thought of cold. I had almost no battery left, even though I’d been charging it for much of the hike.

Once we made it back to the car, we drove to the nearby town of Goslar to check out their Christmas market. We had Glühwein in this cute little pine enclave they had set up, and I had some sugared almonds from one of the stands, while my husband had a horse sausage. The sausage stand reminded me that I’ll eventually need to do another post on differences between the US and Germany; not because of the horse sausage (though I’ve never seen it in the US) but because food service people here do not wear gloves when preparing food. Don’t worry, I’m not a germaphobe; I’m just on the lookout for differences I haven’t seen pointed out yet.

Anyway, Goslar’s Christmas Market was very cute, but I was mainly happy to get this photo: