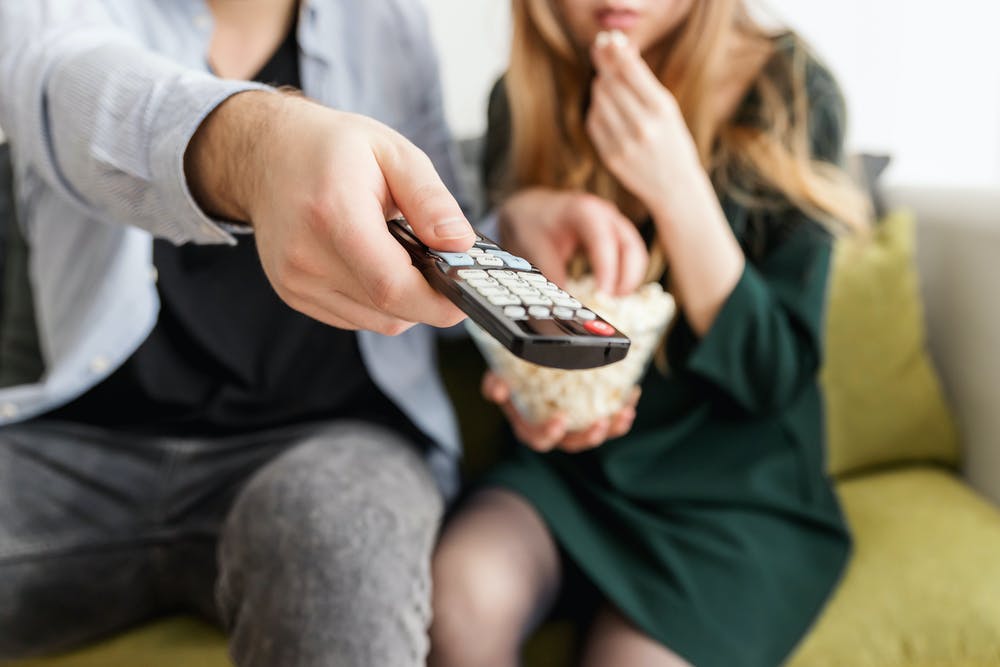 A key part of learning German (or any language) is immersion. That’s tricky, of course, if you don’t live in a German-speaking country.

This post is a companion of sorts to my last post on learning German. In that post, I broke down how I learned German in about three years. Unfortunately, it was already getting too long to make specific suggestions for what to watch and listen to in German. So, if you’re looking for some ideas, I hope this post helps.

These recommendations are for people at the B2 (advanced intermediate) and C1 (advanced) level.

So, confession: I haven’t seen many German movies that I’ve liked; the majority of what I’ve seen all had a very Hallmark made-for-TV movie vibe, but with “funny” sex scenes and swearing thrown in if it’s a comedy.

Almanya: Willkommen in Deutschland is a dramedy about three generations of Turkish Germans. It’s also my favorite German movie.

Papa Ante Portas is a dry, almost British humor-like comedy about a businessman who is forced to retire (and spend more time with his family) after ordering too much printer paper.

Goodbye, Lenin! is another dramedy that takes place after the Berlin Wall comes down. A young man goes to great lengths to hide the fall of communism from his sick, socialist mother, who doesn’t know the GDR no longer exists.

Das Leben der Anderen is a famous German movie that you may have already seen. It follows a high-ranking member of the Stassi as he spies on a playwright and his girlfriend.

I’ve had better luck with German TV than German movies. Here are my favorites, as well as a few honorable mentions.

Let’s start with the shows you may have already heard of: Dark is great entertainment if you enjoy mystery and Sci-Fi. Babylon Berlin is a historical detective drama with beautiful sets and costumes. Finally, Deutschland 83 is about an East German spy who is sent to West Berlin in the 80s. Start with those if you haven’t already watched them.

I’ve never seen the movie Das Boot, but I really enjoy the TV show. Just a heads up: it’s quite dark. You may already be expecting that if you’ve seen the movie, but the TV show adds a few extra plot threads and they’re all depressing.

Ku’damm 53, 56 and 63 take place in West Berlin during the 50s and 60s. It follows three sisters and their mother as they navigate the limited lives of women during that time, and their family’s dark past.

Bad Banks is about a 20-something investment banker who (I think?) you’re supposed to sympathize with, but she’s pretty awful. Still a great show.

Dogs of Berlin is about police investigating the murder of a soccer player in, you guessed it, Berlin.

Block Bustaz is a comedy about an aspiring rapper living in the projects, and his friends and family. I don’t “get” most German comedy; this show, however, is genuinely hilarious; even though it is occasionally slap-stick.

Der Tatortreiniger is about a crime scene cleaner who comes across interesting people while doing his job. It’s a dramedy with philosophical discussions. Each episode is stand-alone.

Stromberg is the German version of The Office. Germans think it’s hilarious, but it just makes me wish we were watching the American version. There are no likable characters in this show. Still, it perfectly encapsulates life in your average German office…or so I’ve been told.

Jerks. is hilarious. It’s about two actors who get into uncomfortable situations and, every episode, just dig themselves deeper into a hole. It’s painfully awkward. There’s dumb “haha sex is funny!” scenes. There’s too much bathroom “humor”. Three things I normally loathe in a TV show or movie. However, in this show, it works.

Die Discounter is about workers at a discount grocery shop, like Aldi. It reminds me of Jerks, but with elements of The Office. It’s probably the best German comedy I’ve ever seen.

Frau Jordan Stellt Gleich follows the work and “love life” of a government official who is the head of the Equal Opportunity Office in her city. This is also an “awkward situation” comedy, but far less extreme than Jerks., and there are characters to root for.

The most well-known political satire shows are Die Heute Show and Extra 3. They aren’t laugh-out-loud hilarious, like The Daily Show during its prime, but they still have a lot of smart things to say about current events and politics.

You may have also heard of Jan Böhmermann; he hosted Neo Magazin Royale up until last year; now, he hosts ZDF Magazin Royale, which has a very Last Week Tonight vibe. His old show was funnier, but the new one is still entertaining.

There’s also Late Night Berlin, which is a talk show with a lot of pranks and skits. There’s a few duds every now and then, but that’s every late-night show, right? If you find this skit funny, you’ll probably enjoy the show.

My favorite podcast, Deutschlandfunknova: Einhundert, is basically This German Life. They used to tell three stories on a theme, but have recently switched to telling just one story per episode.

The Easy German Podcast is both informative and fun, and the hosts are just so darn likable. They talk about topics related to Germany, German culture, and the German language.

The entire Deutschlandfunknova podcast family is worth a listen. If it wasn’t for COVID-19, Deutschlandfunknova: Update would have made my actual list; I’m just so tired of the news at the moment. They also have a history podcast called Eine Stunde History that I listen to on rare occasions, when the topic is interesting.

If you like Interviews, try Deutschland 3000. The only issue with this podcast is that, if you’re not German and don’t really consume a lot of German media, you may not find the guests very compelling. Halbe Katoffl is another interview podcast; the host interviews Germans who don’t have German ancestry.

The most popular podcast in Germany is Fest und Flauschig. It’s an unscripted podcast from Jan Böhmermann and Olli Schultz. It’s fun to listen to, but there are occasions where the two show their “old white man”-ness.

Finally, my husband will be sad if I don’t mention Die Wochendämmerung. It’s sort of a news summary podcast. It’s one of his favorite podcasts and he’s a Real German™…so, give it a listen and see what you think.

YouTube is full of great content in German; from documentaries to comedy channels. According to my research (that is, having a friend in the US click on random videos to see if she could also watch them in America), you can access all of my recommendations, even if you don’t live in Germany.

I recommend Y-Kollektiv if you’re looking for something geared towards a younger (as in, 20s and 30s) audience. Try starting off with this mini documentary on senior citizens in jail. Their videos have subtitles in German, which makes them easier to follow.

SWR Doku and WDR are regional TV channels in Germany. They upload full documentaries and news reports to their YouTube channels. Like Y-Kollektiv, they also include subtitles.

Two other great series’ you can watch on YouTube are Unterwegs im Westen and 7 Tage Unter…They’re both about reporters trying out a job or living in a specific place for seven days. My favorites were this one about men who clean out the homes of people who’ve passed away, and this look at life in a Jewish community in Germany.

HYPERBOLE doesn’t have subtitles, unfortunately, but they do put out interesting videos. Their Frag Eine… series is excellent. They allow internet users to ask people who’ve had interesting life experiences questions. Two of my favorites were a young man with schizophrenia and a criminal psychologist.

If you like the Middleground and/or Spectrum series from Jubilee, you might enjoy 13 Fragen from ZDF. They take people on opposite sides of an issue and see if they can find common ground.

Hopefully I don’t disappoint too many people by writing this, but…I don’t really listen to a lot of German music.

My favorite German-language artists are Deichkind, Bilderbuch, and Moop Mama. There are individual songs I like from other German bands/artists, but I mostly listen to music in English. Sorry!

My husband constantly tries to get me to listen to Die Ärtzte and Die Toten Hosen. They were the most popular bands in Germany when he was growing up and have God-like status here, even now. They’re not really my thing, but, you should give them a listen.

That’s it! If you’re learning German and not sure how to immerse yourself, I hope this post at least gave you a few good starting points.