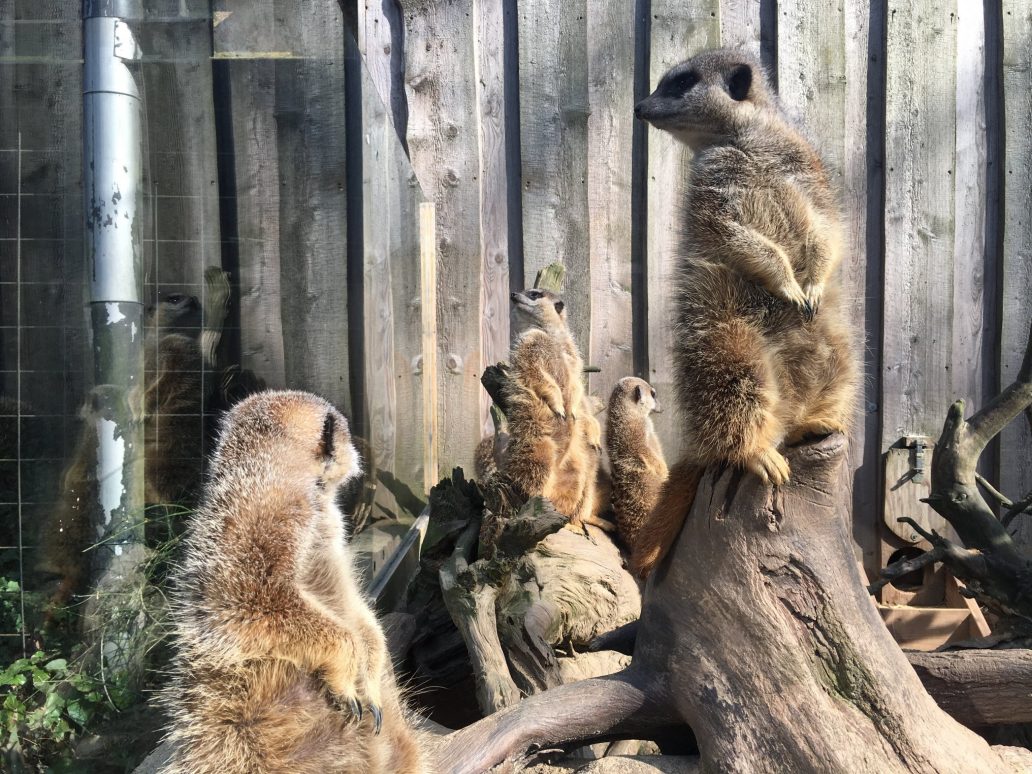 A few weeks ago, we visited the Tierpark Essehof in (you guessed it) Essehof, Germany. It’s basically like a petting zoo, if petting zoos were fun. Well, I mean; petting zoos are fun for me, because I will take any opportunity to hang out with animals. They’re better than most people, after all.

So, I guess I should say “if petting zoos were fun for your average adult who isn’t a woman-child.”

Anyway, this place is amazing. They have the usual petting zoo fare…like the goats, llamas and alpacas that want nothing to do with you if you don’t have food. There’s also way more donkeys than a a single place needs and mini ponies.

Those animals are all well and good, but Essehof Tierpark doesn’t stop there. Oh, no. They have raccoons! And you can feed them! They take peanuts from you with their tiny, grabby little hands!

There’s also an area where the kangaroos and wallabys can decide to leave their usual enclosure and enter one with the visitors. They have a big forest area where you can pet the free-roaming pigs. They’re so fat and cute! The zoo also has porcupines you can feed, and they are so much cuter up close than I expected.

The zoo also has meerkats! Which you can’t pet and you’re technically not supposed to feed, but I totally saw some little girls feeding them anyway when we were leaving. Tsk tsk!

In addition to the animals you can interact with, there are a few that are off-limits. For some reason they have a ton of guinea pigs you can’t pet, and what I thought was a capybara but wasn’t. Maybe the guinea pigs are companions for the not-capybara? There’s also at least one zebra. I’m not sure why the zebra was off-limits; it seemed like he wanted attention. Or food, I suppose.

Their monkey exhibit includes an old car that’s half in their enclosure, and half on the visitor’s side, with glass in-between. You can get into the car and put food into a slot for them. I wasn’t able to get a picture (too many kids) but it was a really neat way to let you interact with them in a safe way.

Between this place and my new favorite German TV show, Leopard, Seebär & Co, I think I’ve missed my true calling as a zookeeper. When we left the park, I was already thinking about our next visit. I didn’t actually have peanuts for the raccoons, or apples for the pigs. Next time, I shall come prepared!

This zoo might not have the most exotic of animals, but I’d say it was the most fun I’ve ever had in a zoo. I could have stayed until closing time, but I don’t think the people I went with (including my husband) were quite as excited about it as I was.

If you like animals and you’re around Braunschweig or Wolfsburg in Germany, you definitely need to check out Tierpark Essehof. It’s the best!