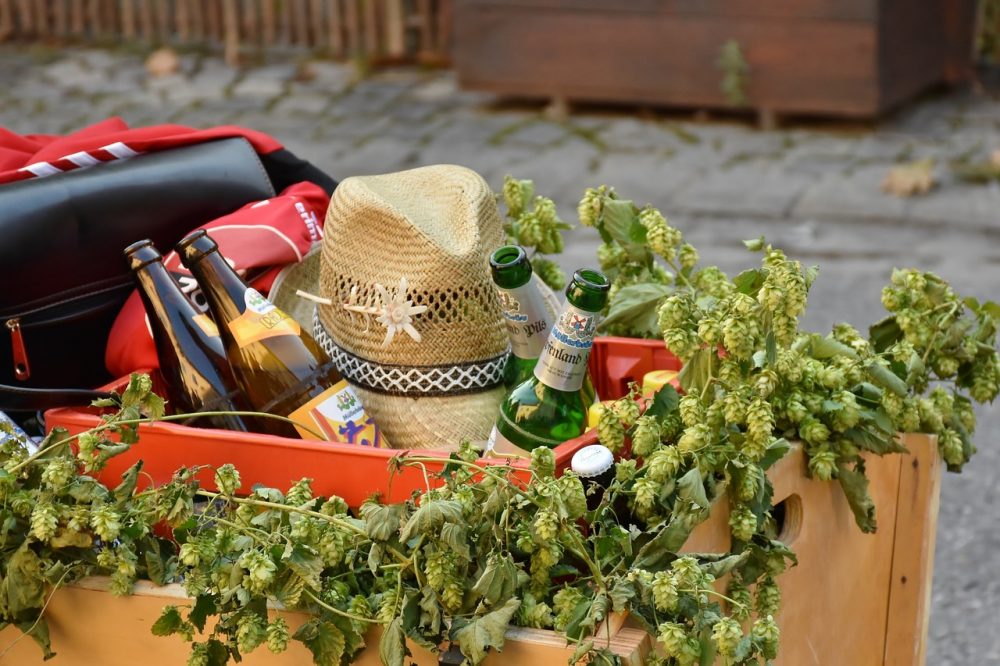 Vatertag (father’s day) is a big deal in Germany. In America? Eh, not so much. Your average American dad gets a card his wife forced the kids to sign and maybe a tie. In Germany, things are a bit…different. I can’t say for sure if men get gifts here, but I do know one thing they get, and that’s shit-faced.

In Germany, Vatertag and Himmelfahrt (Ascension Day) are combined. Ascension Day is a real holiday, so everyone coincidentally has the day off. German men celebrate Vatertag with each other, rather than with their families. They also participate even if they don’t have kids. Basically, it’s not so much Father’s Day as it is Bro Day.

Your typical Vatertag group starts drinking in the morning and doesn’t stop until well past Midnight. Traditionally, men cart around a huge case of beer and walk around their town or city drinking all day. This year, we were in Leipzig during Vatertag. We definitely saw a lot of groups walking with carts, but many others were just bar hopping. Interestingly, despite the fact that it’s technically illegal to cycle while intoxicated, some groups were cycling together…while pulling a huge cart of beer behind one of the bikes, naturally.

The best part (obviously) is seeing men bro-ing it up in coordinated outfits. Some men just wear their favorite football club jerseys together. Or, they all wear the same silly hat. Then there are the dedicated few who go all-out and wear costumes. The day after Vatertag, we walked past a guy in a Hawaiian shirt, board shorts, straw hat, sunglasses and a lei. Was he doing the walk of shame back home from a particularly exciting Vatertag? Probably. It was more fun to pretend he’s just really into Margaritaville, though.

If it weren’t for the strict (and pointless) public drinking laws in America, I’d say the German version of Father’s Day would be a fine import to the US. It’s just good, harmless fun; less about fatherhood and more about brotherhood. Sure, there are probably some men who get out of control; in our little city, for example, Vatertag is the one day of the year you can’t grill by the lake. I’ll leave you to guess (mostly because I don’t know) why that rule came about.

By now, you may be wondering if German Mother’s Day is celebrated in the same way. I know I was, anyway. I was hoping for roving bands of women, stumbling around the city while swilling rosé. Sadly, this isn’t the case; Mother’s Day in Germany is just like it is in America.

You can’t deny that the gratitude is more sincere, though. After all, Germany is a country with mandatory paid maternity leave. Do you really appreciate mothers if you can’t even give them time off to recover from having a baby? Probably not.