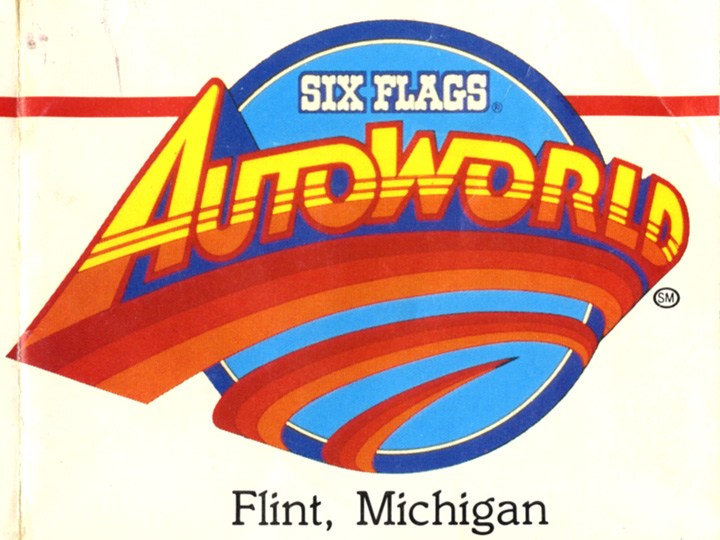 I’ve never been a car enthusiast. Unless it’s a sports car or several decades old, I have no idea what my husband finds so appealing when he points out a “cool” car.  So it may come as a surprise to some people when they find out that my favorite place to go as a very young child was AutoWorld, the short-lived “amusement park” in Flint, Michigan, USA.

If I’m being honest, none of my memories of AutoWorld include a single, solitary car. I don’t even remember the giant engine they had on display. My strongest memory is of a creepy animatronic man with what I thought were fireflies in his head. I only found out later, as an adult, that this memory wasn’t just some early childhood fever dream; one of AutoWorld’s “attractions” included a life-size replica of Flint in the 1900’s, which began at the cabin of Jacob Smith, the city’s founder. Good old Jacob wasn’t so much animatronic as he was a mannequin, and the “fireflies” were actually a video about Flint being projected on his blank face. So, still creepy; just in a different way.

AutoWorld was a failed project right from the beginning. It opened in 1984 (three years before I was born) and closed just six months later. For the next 13 years it would open every now and then, only to close almost right right away. From what I’ve heard others say, the failure stemmed from the simple fact that the amusement park was, well, not amusing. All three of the rides were tame and the other attractions were dull. If someone wanted to learn about the history of the automobile, they could go to the Henry Ford museum for a much larger, more cohesive display.

In 1997, after repeated failed attempts to revive the park, the University of Michigan-Flint bought the land and the building was demolished. My best friend’s father took the two of us to watch the building come down. I remember feeling a strange mixture of sadness and excitement. My memories of AutoWorld were already hazy at that point, but they were still happy. But, it’s not every day you get to watch a building implode! So, we cheered right alongside the rest of the crowd as the remains of AutoWorld came crumbling down.

With all that in mind, it seems almost unfair to compare Flint’s AutoWorld with the Autostadt in Wolfsburg, Germany. Yet, it’s hard not to see the parallels. Both amusement parks were built in cities centered around automobile manufacturing. Nearly all of their attractions are about cars. The names are even similar: AutoWorld and AutoCity. So why did one fail, while the other seems to be thriving?

Certainly, the main reason that the Autostadt attracts two million visitors per year is because it’s a genuinely fun place. The architecture is modern and interesting, the landscaping is top-notch and even whimsical in some spots, there are several fun activities for families and children, and the museum features actual cars. There are no rides, but they regularly host a variety of live shows and attractions that are included with your entrance fee.

Yet, I also can’t help but wonder if at least a small part of the Autostadt’s success comes from the fact that it is owned and sponsored by Volkswagen. Unlike the majority of American car companies, Volkswagen did not abandon the city that sprung up around their manufacturing. White flight obviously didn’t do Flint or Detroit any favors, but if the auto companies there had not outsourced their jobs, perhaps both cities would be thriving instead of charging citizens for poisoned water or filing for bankruptcy.

As much as some of our German friends still in the USA like to joke that Wolfsburg is a boring city, I can’t help but find it charming. Not just because it’s so surprisingly green and beautiful, but because of what it represents: a city centered on manufacturing and engineering that didn’t outsource all of its jobs to a third-world country. When “experts” talk about the decline of any rust belt city in the USA, they do so with a tone that implies it was inevitable. Yet, Wolfsburg is living, breathing proof that this is simply not so. So long as your country isn’t a plutocracy, like the USA, it is possible to have a modern, successful city centered around manufacturing.

So, is there an alternate universe out there where American automakers didn’t abandon the people of Flint and Detroit, and AutoWorld is a huge success? Maybe; it’s certainly possible that AutoWorld would have stayed open a bit longer, at the very least, if it hadn’t been located in an economically-depressed area that scared away tourists. More time open could have meant more time to fix what wasn’t working, and setting up shop in a successful city might have earned the park more money for improvements.

This is all mere speculation, of course, from someone who barely remembers AutoWorld at all. All I have are vague, fond memories of a mostly-empty building and a man with fireflies in his head.

I’ll leave you with this local news broadcast looking back on AutoWorld’s opening day: