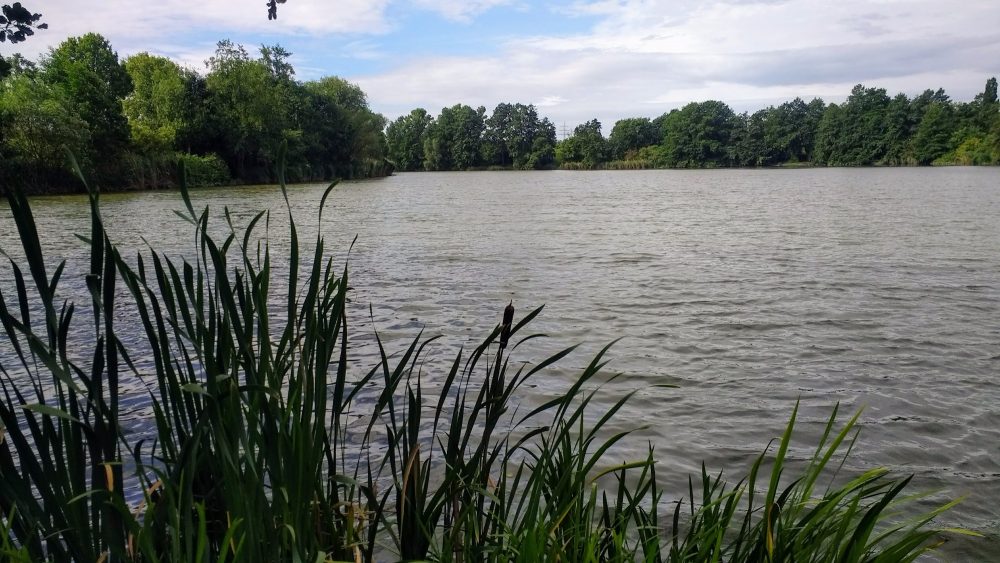 After nearly dying from the heatwave in NYC, the cooler temperatures here were a welcome change.

…for the first day or so. Now, I’m getting a little tired of all the rain. Of all the ideas about Germany that I had in my head, a lot of rain wasn’t one of them.

Mercifully, the weather has taken a nicer turn over the past two days, but it’s cold by the time the sun sets. I didn’t expect that, so all of my hoodies, sweaters and jackets are in our container, which we still haven’t received. I finally gave in last week and bought a new light jacket, which has really come in handy.

In terms of getting settled in, our kitchen is mostly done now and we can finally cook at home! Hooray! We’ve also made a fair amount of progress in getting my temporary residency established. I probably won’t have my card until November, which means I can’t apply for work. If we’re being honest, even if I could legally work right now, I don’t think most employers here are eager to hire someone with the German linguistic skills of a 4-year-old.

Needless to say, I have a lot of time on my hands; so, when I’m not studying German, I’ve been going on a lot of walks.

For a city built around a factory and automotive company, it’s very green here; and I don’t just mean in the general Germans are good at recycling sense. Even outside of the forest trails and parks, there are a lot of trees, bushes, flowers, etc. There’s also a lot of tall grass and weeds in places most American cities would keep mowed down, in order to keep ticks and snakes at bay. Perhaps that’s just not a big concern here in Germany?

My husband really likes the overgrown areas, but I think it’s going to take me a little longer to fully appreciate their “beauty.” I’m happy for the little field mice undoubtedly living in there, but the American sentiment of “overgrown means you’re in danger of getting lyme disease” is etched pretty hard in my psyche.

Despite my reservations about the overgrown areas, I’m really happy that nature is so easily accessible; at least, in our little corner of Germany. Several times per day, there are piles of rabbits outside of our apartment window. It’s also fun to watch the magpies and ravens hopping around and “arguing” with one another. And there are ducks everywhere!

I’ve even seen a nutria rat (pictured, right) and her babies just hanging out at the local amusement park, letting patrons almost get close enough for a quick pat.

And they. Are. EVERYWHERE. Especially after it rains! It doesn’t matter if you’re walking through the grass, or on the sidewalk; these suicidal molluscs will always be right in your path.

It’s not just the slugs that are over-sized, either; I’ve seen a lot of huge bugs here in the three short weeks since we arrived in Germany. Case in point, the day I went to check our laundry hanging in the basement* and met Aragog just chilling by an open window. Or the walk we went on two weeks ago, when a fly or beetle the size of HALF MY FIST (or one whole Trump fist) was just crawling around on a nearby gate.

It’s not all bad, of course. Look at these beauties:

Perhaps it’s all of the greenery that’s making it easier for these insects to make their home and, if that’s the case, I can accept the trade-off. The rain may make me miserable and bring out more mosquitoes than I’ve ever seen in my life, but I’ll take that any day over a drought. It’s truly beautiful here, and I’m looking forward to exploring more of Germany in the coming months!

*There’s a communal room to hang up laundry in the basement of our apartment building. My husband said it’s very common here, as most people don’t have a dryer. I’m really creeped out by it (the entire basement looks like a hallway from the Hostel horror movie series) and, more importantly, nothing seems to get dry down there anyway.