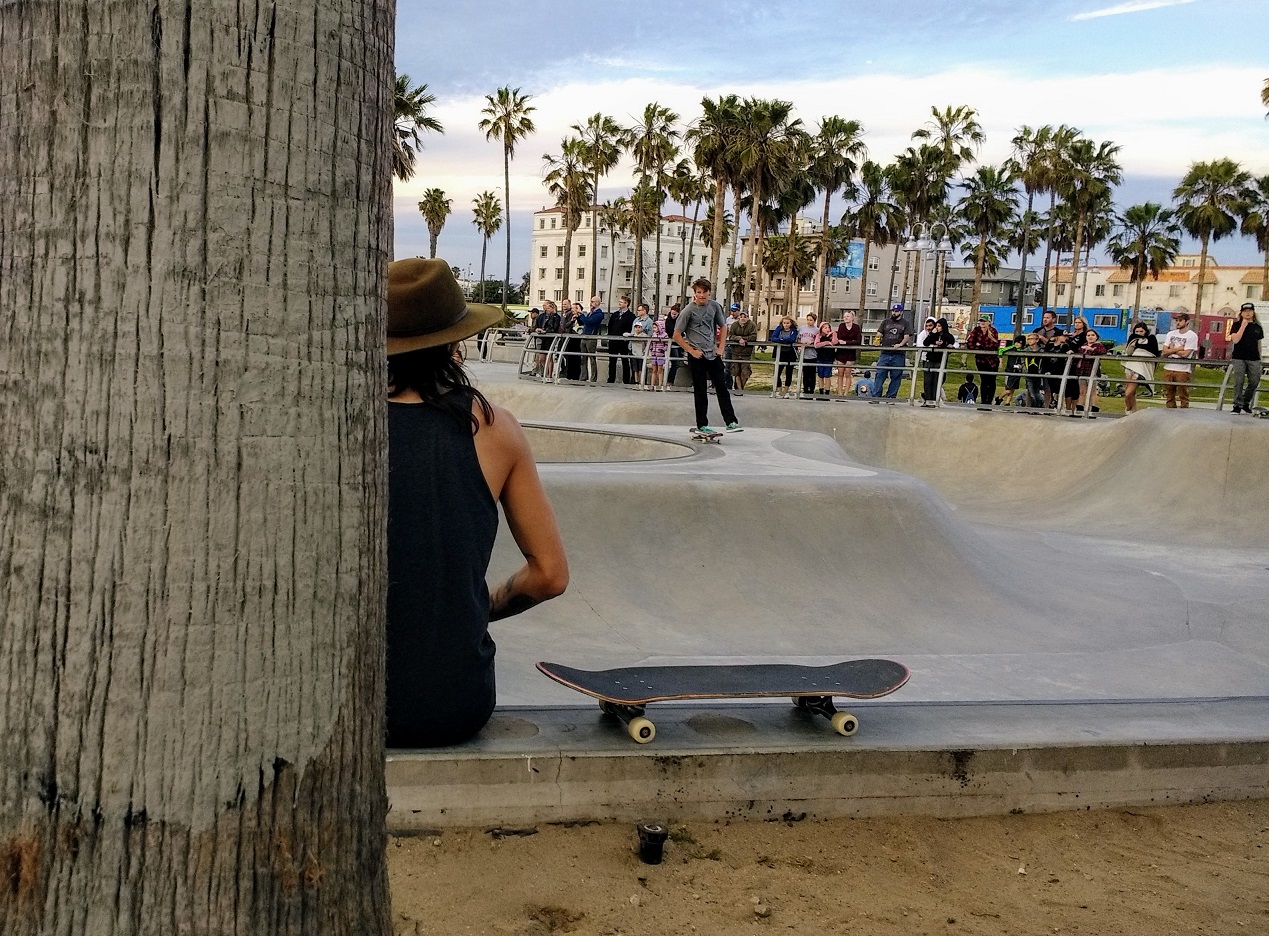 If I had to sum up the first day of our vacation/double honeymoon in a single picture, it would be the one below. It’s just one of many that I took of this bird across a half-mile stretch of Venice Beach. Was it actually the same bird? Well, as my husband pointed out every time I said, “there he is again!” it probably wasn’t. In my heart, though, it was.

I’m getting ahead of myself, though.

The trip started out with a flight delay because fuel had started spraying back out of the fuel tank of our plane, resulting in a situation that was one stray spark away from being a Johnny Cash song. I was terrified at seeing the lake of jet fuel under our plane, but my husband and his friends found it hilarious.

So if you’ve ever heard people say Germans don’t have a sense of humor, don’t believe them! Situational humor about mechanical failures that could result in a fiery death go over really, really well.

Thankfully, our rescheduled flight was on a completely different plane.

We only had one day in Venice Beach before we had to move on to Las Vegas, and then Downtown Los Angeles just two short days after that. With the flight delay, we had even less time in Venice Beach than we had anticipated. Still, I think we managed to make the most out of the little time we had.

When we finally arrived in Venice Beach, it was nearly sunset. Our hotel room at Boutique 444 was really cute, and very clean, though it was obvious (to me, at least) that it hadn’t been cleaned since last season; there was a thin layer of dust on nearly everything. Not a big deal, of course; it would turn out to be one of my favorite places we stayed during the entire trip, even though the bed was the most uncomfortable I’ve ever slept on in my life.

After we claimed our rooms and they put on their swimsuits, we headed down to the beach. I tried to tell them that 60 degree weather does not make for a comfortable swim, but they were convinced it would be warm enough. While they swam in the freezing cold water, I began my obsession with The Bird™. In between the 100+ photos I took of him, I managed to take a few other pictures as well:

The day ended with dinner at a place called Plancha Tacos. I had the fish burrito, which was amazing, and I definitely recommend you give it a try if you’re ever in Venice or Beverly Hills (their other location).

As an American, I can have a good taco any time, even in my home state of Michigan; Mexican Town in Detroit might be small, but the food is top notch. Tacos aren’t exactly common fare in Germany, or particularly good if you can find them, so my husband’s friends were pretty excited about all of the taco (and burger) options. Let’s just say these weren’t the first tacos we had during our two weeks with them, and they definitely wouldn’t be the last.

We went to bed pretty early that night, as we had to get up before dawn to begin our drive through Death Valley on the way to Las Vegas. I will have photos and unnecessary commentary on that next week! For now, enjoy a few more photos from Venice Beach.