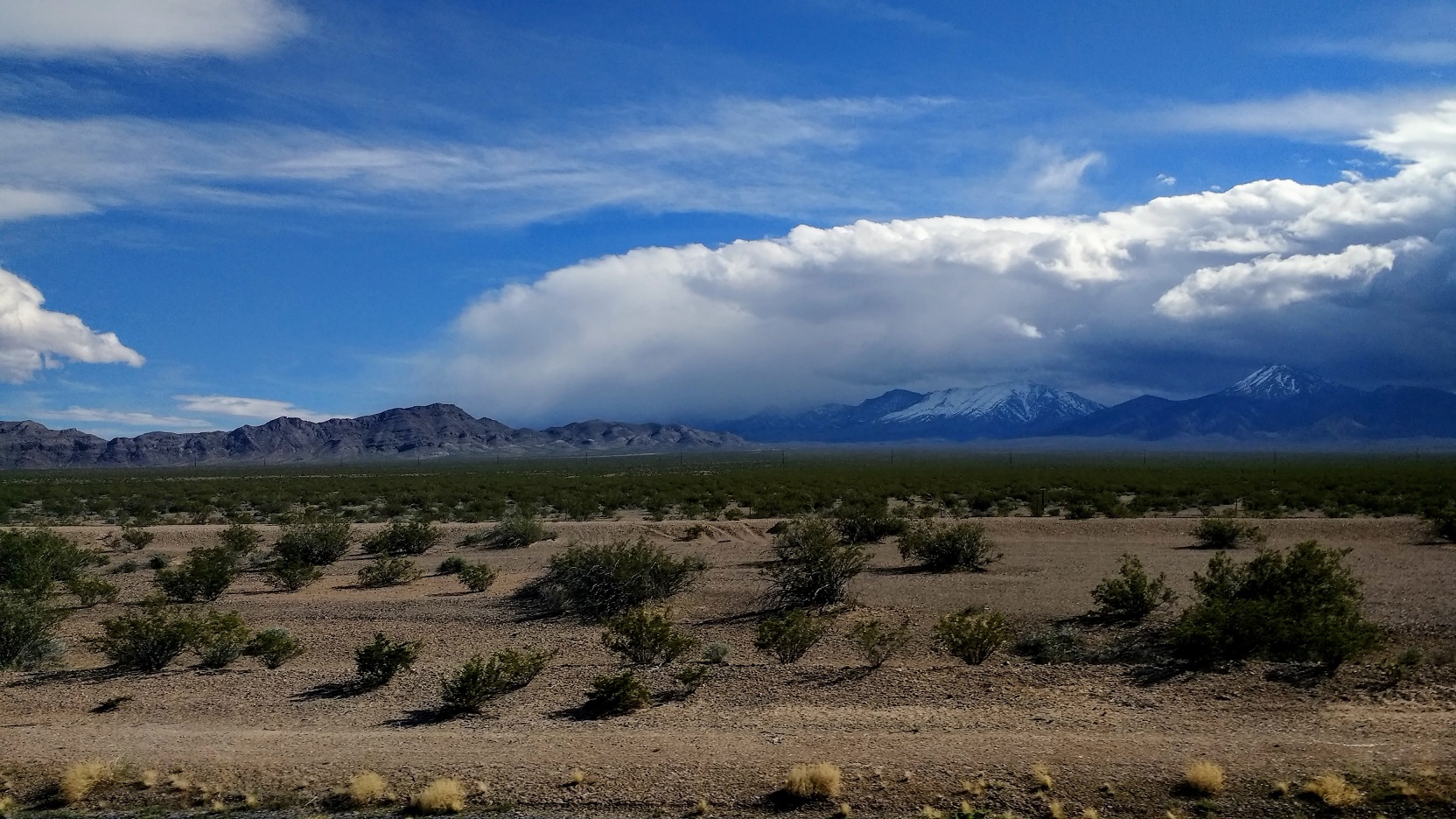 As I mentioned in my last post, we left Los Angeles extremely early the very next day. The plan was to drive to Las Vegas through the Death Valley, spend two days in Vegas, and then head back to Los Angeles for the rest of our vacation. I will admit, I was initially bummed out by how the trip was planned. I don’t like long car rides, and it seemed like a huge waste of time; if it were up to me, we would have flown into Las Vegas, spent two or three nights there, and then taken the fastest route possible to Los Angeles.

Well, I’m glad we didn’t. Sure, sitting in the car for the majority of two days was not fun; but, the scenic views more than made up for my cramped legs.

We made a timely stop in Furnace Creek for a break, where I got my first sunburn of 2017 just running a few yards from the car to the bathroom. After putting on some sunscreen, we had a look around the area for about a half hour.

Two days later, we were back on the road and heading to Los Angeles through the Mojave desert. This drive was a little faster, though we did spend a little over an hour hiking the Teutonia Peak Trail. There were a lot of Joshua Trees and some other interesting plants and insects.

I think I’m finally starting to understand why some people love road trips so much; they live in states that have something worth looking at! Now, don’t get me wrong; Michigan has plenty of lovely scenery once you get far enough up North, but most of the drive is nothing but farmland. I’m sure making the drive between Las Vegas and Los Angeles gets old after awhile for natives to the area, but for me, it was the first long drive I’ve actually enjoyed.