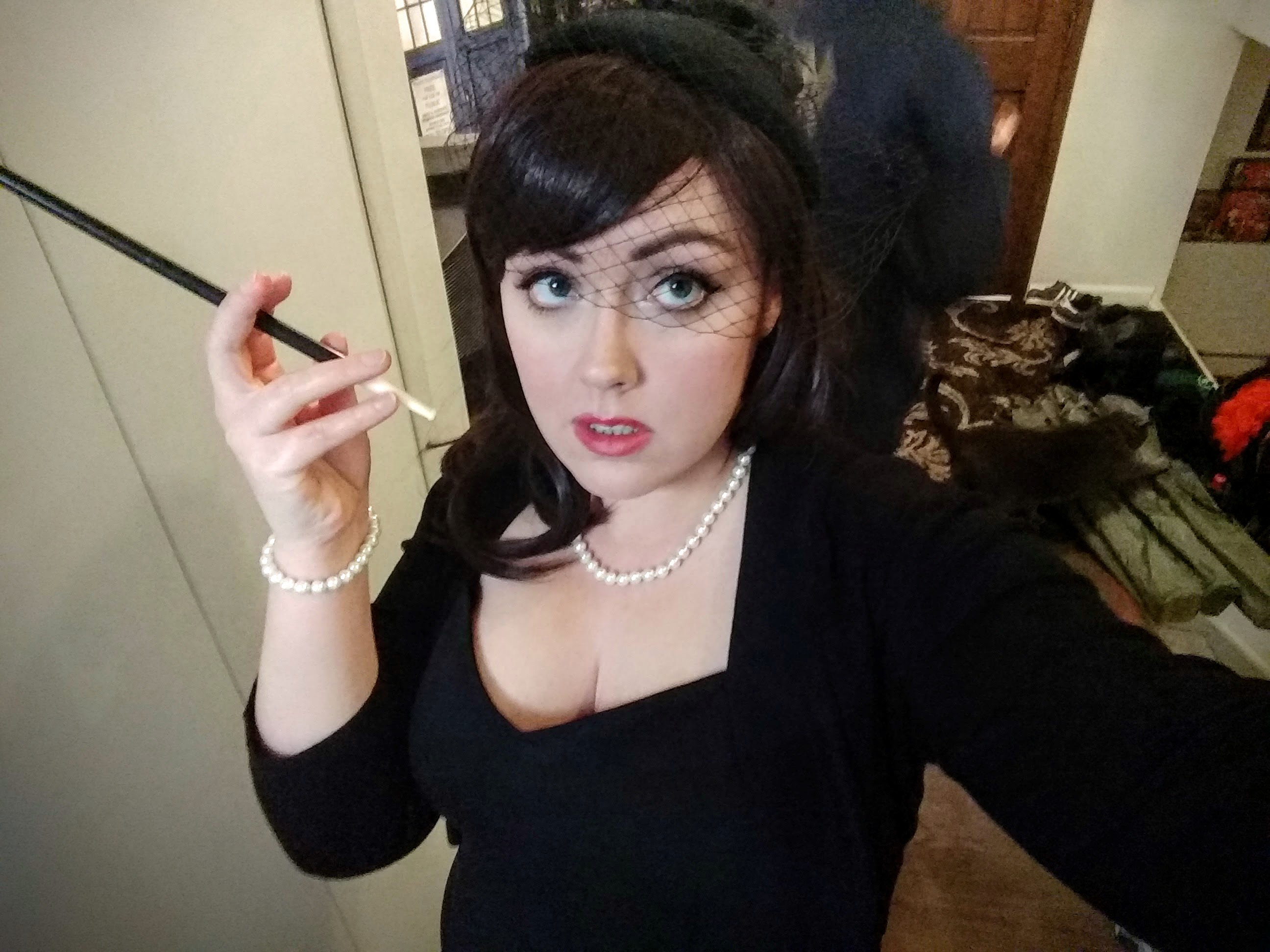 This past Saturday, Jan and I went to our friend Rob’s annual Halloween party. My phone didn’t agree with the lighting in most of the house, so my pictures didn’t turn out great, but I did manage to get a few that were great quality for a camera phone!

If you check out Jan’s blog, the (much better) pictures he took should be up in a week or so.

For two of the three Halloween parties we attended last year, Jan and I went as Pam Beesly and Jim Halpert from The Office. Specifically, their Halloween costumes from season 2, episode 5 (I know, we’re very meta), which were “3 Hole Punch Jim” and…a cat. Several people knew who he was supposed to be. Me? Not so much. Just another one of the (million) girls dressed up as a cat. Maybe I should have invested in the curly brown wig after all? Who knows.

Unfortunately, I don’t have any pictures of those costumes.

We had entirely different costumes for Rob’s 2015 Halloween party. This was because I was going as Fionna from Adventure Time for Youmacon, and I wanted to “test” the outfit before attending the convention. I told Jan he couldn’t be Jim without a Pam (not actually true, but hey), so he went as a tourist, complete with socks and sandals. Once again, no one knew who or what I was supposed to be (“Bunny girl?” “Anime character?”), but they knew right away that he was supposed to be a tourist.

It’s OK, though; everyone at Youmacon knew I was Fionna. Just like they recognized the other 20 girls dressed the same way. Hey, least I didn’t go as Harley Quinn or Deadpool, right?

For Rob’s Halloween party this year, we went as Burt Macklin and Janet Snakehole, the alter egos of Andy Dwyer and April Ludgate from Parks and Rec.

It was easy to find everything I needed for my costume. I ran into just one teenie, tiny little problem: I could not style the wig into the updo April wears as Janet. So! I left the wig down in what I feel is the true spirit of April’s character: not trying too hard.

It was a great party with fun people. Rob has always been a very generous host, opening up his home (fridge, and kitchen) to so many people. I believe, in total, there were around 50 people at the party. We played a lot of board games, spent a little time around a bonfire, and (well, I at least) enjoyed a little too much candy and spirits. Once again, I suffered the curse of no one knowing who I was supposed to be, but that’s OK: the guesses of “widow” and “widow who killed her husband!” were very close.