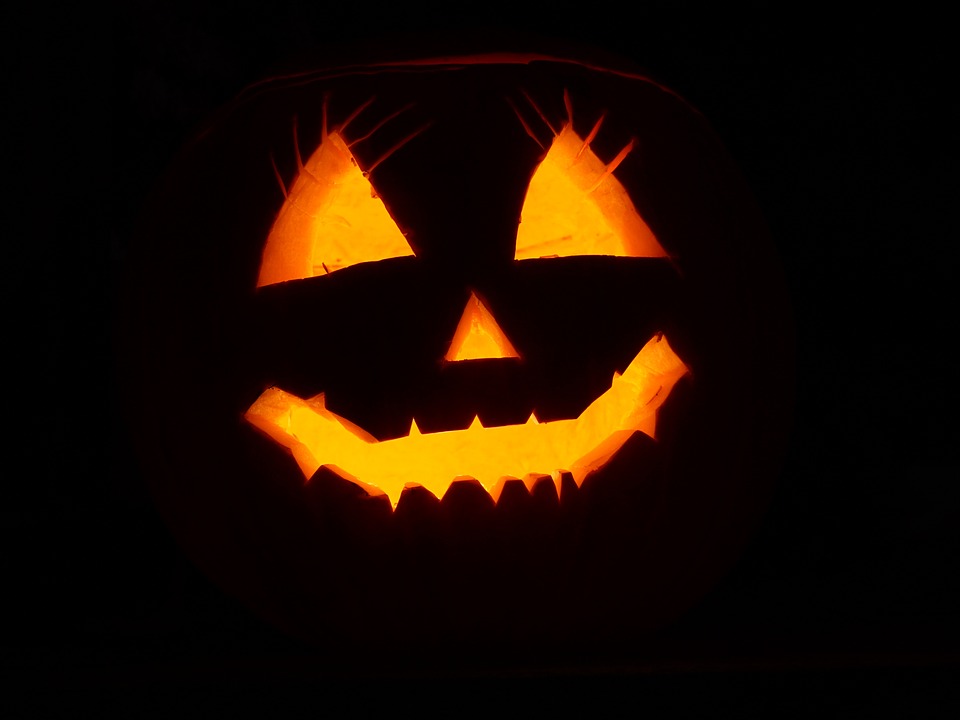 A recent poll has revealed that many Germans don’t like Halloween. That’s a real shame, as it’s quite clearly the best holiday. Also, they could really use a buffer between Summer and Christmas. There have been Christmas decorations for sale here since late September, and the Christmas lights have been glowing downtown since mid October.

Halloween is a big production in the USA, and I don’t just mean the costumes. Nearly every third house and business is decorated for the holiday; we personally had two neighbors that went gloriously over the top last year with projections like these. Unless it’s in the middle of nowhere, every town and city has a haunted house. Or two. Or three. Even small, local supermarkets sell decorations. Many offices encourage their employees come to work in their costumes. In short? Americans love Halloween.

When we were still in the US, my husband had to assure me on several occasions that we could find a Halloween party in Berlin. While that’s definitely true, it turns out that we don’t need to travel that far! There are a few Halloween parties right here in Wolfsburg. Some of our friends invited us to the one they were attending at the Irish Pub. I was excited, but also a little nervous; what if I don’t like “German Halloween”? After all, no one seemed to be in the spirit. Only one store had Halloween costumes for sale, and Halloween decorations were even harder to find. In fact, the one store with more than two decorations for sale had switched over to Christmas decorations a full week before Halloween!

Without much time to prepare, I decided to re-purpose an old convention costume. Last year, for Youmacon, I had gone as a mashup of Negan and Harley Quinn.

Sadly, I no longer have the wig or the bat I made; but, I did have all the other necessary pieces to go as “regular Negan,” so long as I could find another bat. I’m sorry to say that I didn’t end up making it this time around; I took the lazy route and bought the replica off of Amazon.

My husband, meanwhile, was trying to find a costume that didn’t require any extra accessories. That proved to be much harder than it sounds, as there wasn’t much of a selection at the one place selling costumes. In the end, he settled on a monk robe and I used my makeup to make him look sickly.

Sorry for the potato-quality photos, but I think you get the idea. I think I was still channeling a little Harley Quinn in that second photo…

As for the party, it turned out to be…fun! In fact, it was like any above-average Halloween event you might attend in the USA. There were decorations, the employees were dressed up, and there was a costume contest. There was no dancing, but they did have karaoke. I’ve never personally been to a public Halloween party with karaoke, but I’m sure it exists. Although the night started off pretty slow, by about 10PM, the bar was absolutely packed with Germans all dressed up in their Halloween best. I wish I had been brave enough to ask some of the other attendees for a picture, because nearly everyone there had an amazing costume.

Oh, and the karaoke host herself was either American or Canadian! That may not seem like such a big deal, but for Wolfsburg, it is; since moving here, I’ve only come across two other native English speakers in this entire city. We may be taking over major cities like Berlin (at least, according to some German politicians) but it’s taking us longer to spread our plague of hamburgers and 24/7 shopping to the rest of Germany.

The biggest difference I noticed is that most Germans want to be scary on Halloween. Yes, Americans love a good zombie or murderous clown costume; but, I would say there’s way more “Sexy Version of Something that Has no Business Being Sexy” costumes, superheroes, and jokey, pun-based outfits. I’d estimate that only 40% of American Halloween costumes are scary. In Germany (based on my informal survey of a single bar’s celebration) about 70% of the Halloween costumes are intended to be frightening or, at the very least, not cute. None of the witches I saw were of the sexy (or Hocus Pocus) variety; they all had warts and long noses.

There were a few other little differences I noticed, but I think they had more to do with the venue than how Germans celebrate Halloween. For one, the bar didn’t have any cool, Halloween-themed drinks or shots. No Ecto Coolers made with midori liqueur or brain aneurysm jello shots! Bummer. There also wasn’t much mingling between party-goers. Some other expats might attribute that to the German tendency to avoid talking to strangers, but I think it had more to do with just how crowded the bar was. When I went outside to get some air, I had several people stop me to talk about my costume, only to have the conversation cut short as we had to move out of the way of others trying to squeeze past.

Overall, I had a pretty good time. Observing what looked like a very American celebration, but with everyone speaking German, was a little Bizarro World at times. If there’s any time where feeling like things are a little off is appropriate, though, it would be on Halloween! I’m definitely looking forward to next year, when I have more time to plan my costume and a somewhat-stronger mastery of the German language.