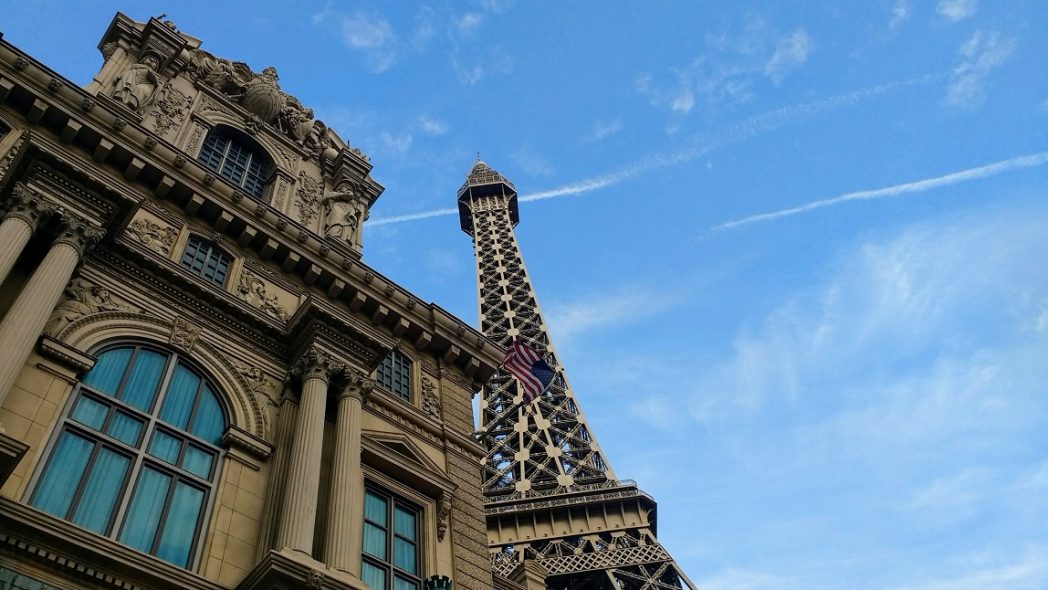 After a long drive through Death Valley, we spent two nights in Las Vegas.

I had been to Las Vegas about 10 years prior, on a trip to visit with family. I had told my husband on several occasions that he needed to see Las Vegas before we left the United States. I regaled him with tales of “huge fountains,” a “ceiling that changes,” and “lions in a glass cage, which is kind of sad, actually…”

My memories proved to be a bit grander than reality. The fountains were not nearly as big as I remembered, the ceiling at The Venetian definitely didn’t change colors, and the Lions had been removed from MGM Grand. That last one was actually a pleasant surprise, but the others were a disappointment.

The food and drink on the main strip was also a let down; the beer selection was mainly watery-tasting domestics like Bud and Miller, and the food overpriced for the quality. Still, we had a great time just taking in the sights.

On the second day of our visit, our friends went on a hike to the Hoover Dam, while we stayed behind and decided to check out the downtown area.

The downtown area was so much more interesting! It was full of street art, interesting shops, murals…

We stopped at a place called Chow for lunch, and I highly recommend you eat there if you ever find yourself in Las Vegas. The food was excellent and, even though it was a little too early for drinks, they definitely had a decent selection of craft beer. My husband also had his very first Kool Aid here, which he said was, “too sweet, but good.”

Later that night, we met back up with our friends and saw the All Shook Up show, which was a tribute to (you guessed it) Elvis Presley. I like Elvis just fine, but this wasn’t a show I would have chosen to see on my own. One of our friends is absolutely obsessed with his music, though, so it seemed like the obvious choice when deciding what show we would see.

It was surprisingly very good! It was a small theater box venue, with only three rows of seating. The impersonator was a great singer, and the MC was (perhaps) even better.

More importantly, though…my husband and I are 99% certain that the impersonator was none other than Costa Ronin from The Americans!

After the show, we stopped at the Cheesecake Factory for dinner; an absolute must for our friends, who are fans of the show Big Bang Theory. There are no Cheesecake Factories in Germany, so this was their only chance.

We ended the night at the Venetian, doing a bit of “gambling,” though we probably only spent a total of $60 between the four of us. I, personally, only spent $10.

We left early the next morning for our trip back to Las Vegas through the Mojave Desert. Overall, Vegas was a lot of fun and everyone enjoyed themselves. I’m also glad my husband was able to see “peak American tackiness” before we left the United States!