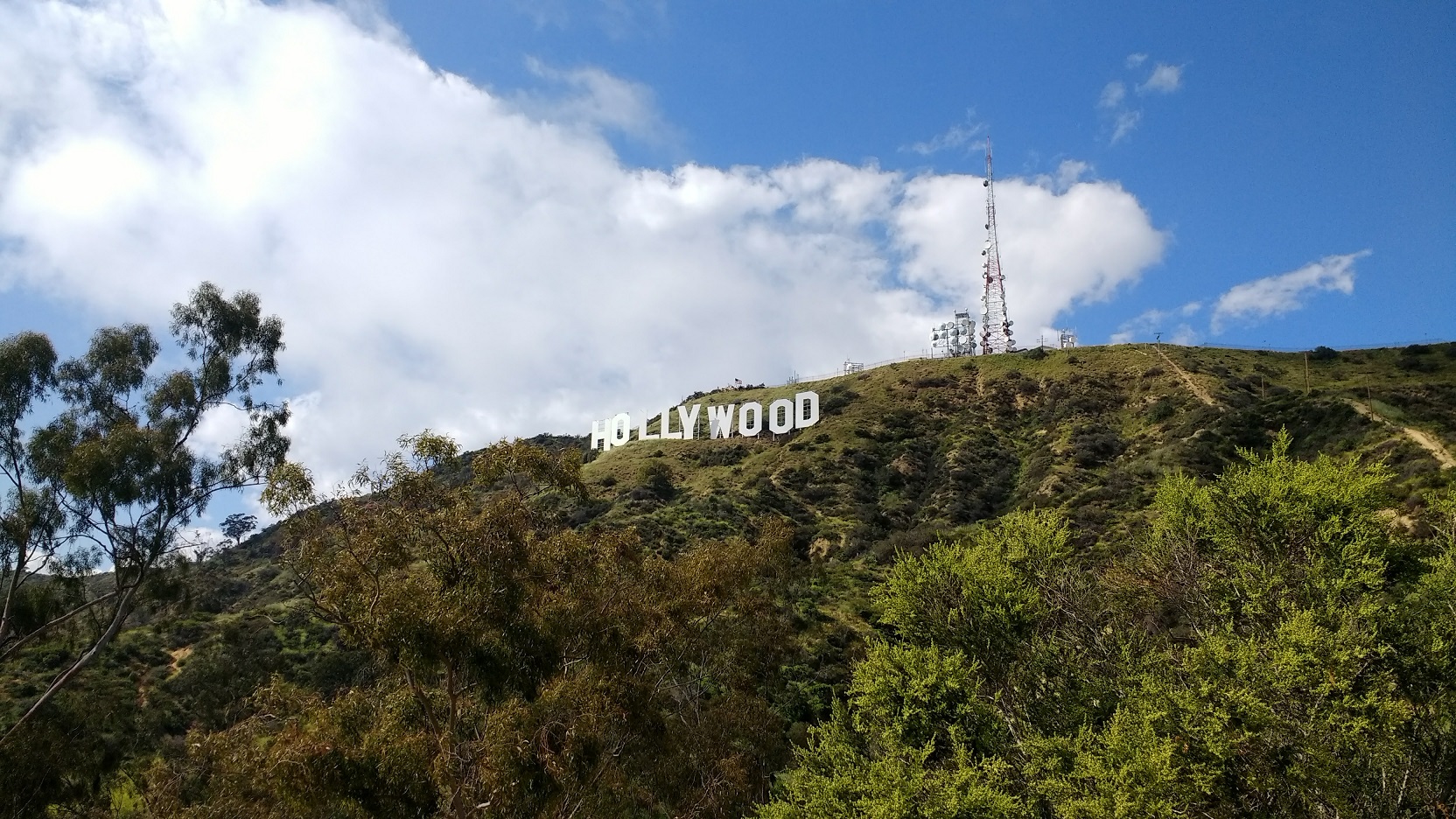 For the last few days of our vacation, we stayed in the Historic Core of Los Angeles. Our AirBnB didn’t seem to have the best insulation, as you could hear every conversation (and screaming match) on the street below, even though we had the windows shut tight. Thankfully, we brought ear plugs, so the arguments that went on well past 4AM were reduced to a dull roar.

Our friends really wanted to see the Walk of Fame and Grauman’s Chinese Theater, so those were our first stops. I wasn’t too excited about the Walk of Fame, as it’s just names stamped in concrete, but there were a few surprises that gave me a chuckle. Did you know Godzilla has his own star? Well, now you do! Sadly, I didn’t grab a picture, but I did take a few around the theater. There, at least, the names in concrete were actually written by the celebrities!

After a quick lunch, we visited the Warner Brothers Studio for a tour. I was surprised at just how many things were filmed within the studio itself, including movies and TV shows not created by Warner Brothers. As our tour guide pointed out, they allow other production companies to film on their sets.

We saw several filming locations for Friends, Gilmore Girls, the original Batman movie, Dexter, Jurassic Park, and even my favorite movie from childhood, the 1982 version of Annie. It was even (temporarily) where they shot the Supergirl TV show! Unfortunately, they now film in Vancouver, along with other guilty pleasures of mine, like Gotham and Supernatural.

The best part? They had an impressive collection of costumes and props from the Harry Potter movies, including Fantastic Beasts and Where to Find Them! There was also a sorting ceremony where you could try on the sorting hat. I was sorted into my house, Ravenclaw. Watching people get a house they weren’t expecting was also very entertaining; playful jeering from friends when someone was sorted into Slytherin, and disappointed moans from most of the folks sorted into Hufflepuff. Clearly, they didn’t realize Newt Scamander himself is a Hufflepuff, or surely they would have felt a lot more puff pride!

After the studio tour, we spent a little bit of time just exploring the city. We also accidentally walked through the set of a crime TV show, but they hadn’t started shooting just yet. One of our friends said that the actor waiting in one of the vehicles looked like “a young William Shatner,” so if you know what young actor in Hollywood looks like a young Captain Kirk, please let me know in the comments!

Our friends went back to our AirBnB shortly after our dinner of ramen in Japan Town. They had a very early flight to catch to New York City, while my husband and I were staying another two full days in Los Angeles.

We closed the night at Angel City Brewing, which almost felt like being back at home in Detroit. The building was an old firehouse, and they had made just enough changes to make it seem both newly renovated and rundown. They didn’t serve food, but there were food trucks parked inside their gates.

On our second day in Los Angeles, my husband and I visited the La Brea Tar Pits. I was really excited to visit this museum, but my husband wasn’t looking forward to going. The museum houses the fossilized remains of the ice age animals that had been trapped in the tar pits, and a very pretty garden in the center.

By the end of our visit, my husband admitted that he actually enjoyed the experience.

We spent the second half our our day doing the hike up to the Hollywood sign. It was a last-minute decision, and one I regretted for a good portion of the climb, as it was quite steep and we were both wearing jeans. At the halfway point it becomes much easier, though, and I was finally able to enjoy not just the view, but the climb itself.

After the climb, we went to Spitz in Japan Town, which we accidentally discovered after dinner on our first night. They serve döner! Hooray! It was pretty damn tasty, though Otto’s Berlin Döner in Toronto is still my favorite outside of Germany.

The night was capped off with drinks at the Art District Brewery, which wasn’t quite as interesting inside as Angel City, but had much better beer.

Our final day before our red eye flight back home was spent back in Venice Beach. When we booked the flight, we thought we would appreciate the extra day, but in reality it left a lot to be desired, as being bogged down by my carry-on made walking through crowds a little cumbersome.

Still, it was a lot of fun to watch the surfers!

Needless to say, we were exhausted when we got home.

Overall, San Francisco is still my favorite California city, but I’m glad we made the trip to Los Angeles. We had a lot of fun and, unlike Las Vegas, I would be up for visiting again in the near future. I think there was a lot we missed due to time constraints, and I think I would enjoy trying to find less touristy spots on the second trip.