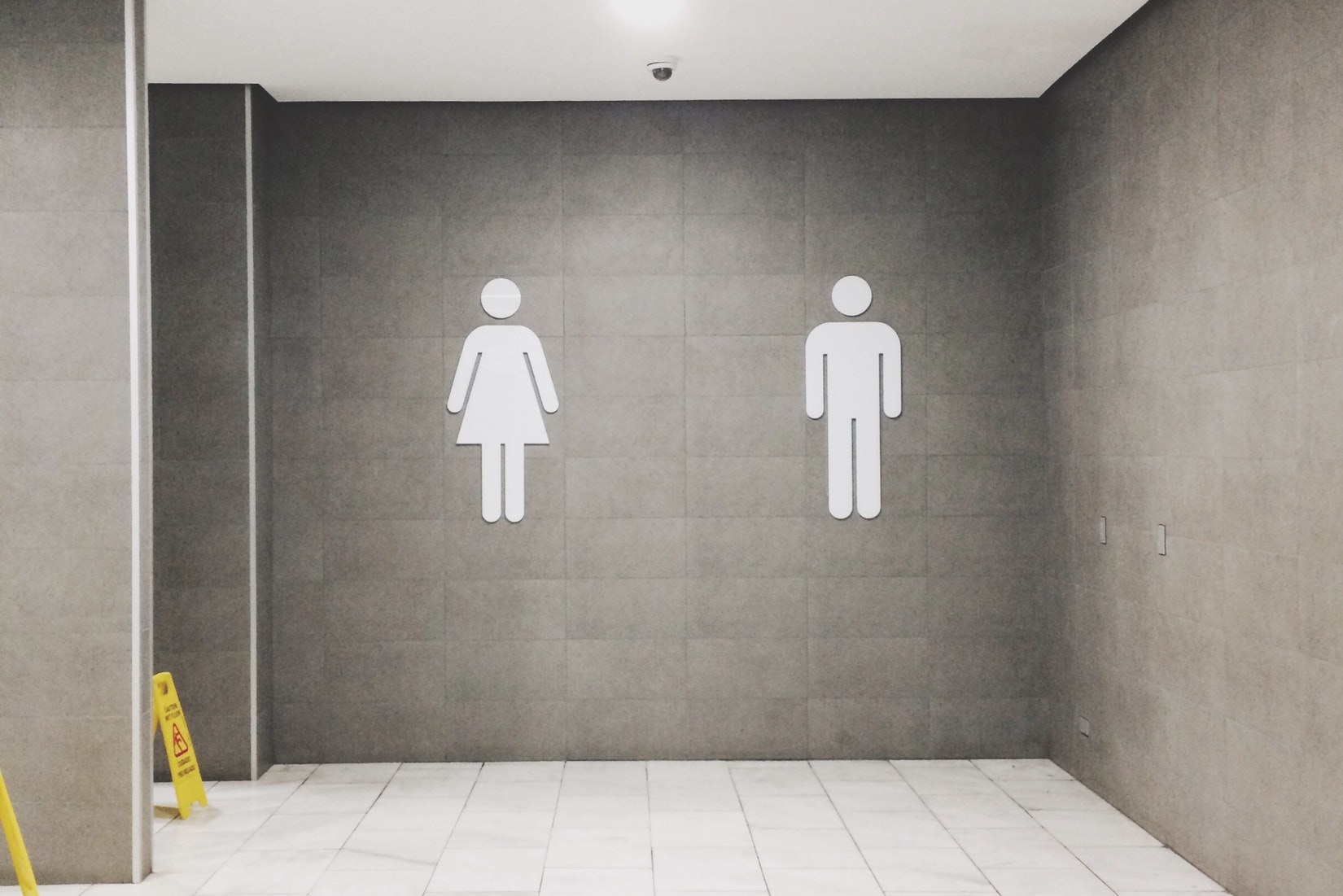 Pay toilets: like pay-to-play, but worse. Although peeing for free is a God-given right in ‘Muricah, you’ll find that’s not (usually) the case in Germany. Indeed, it’s not the case in most of Europe. You can expect to pay at least 50 cents every time nature calls while you’re out in public. Sometimes, even if you’re a paying customer in a restaurant or cafe!

The bathroom is guarded by a turnstile or an attendant. If it’s a turnstile, you put in anywhere from 50 cents to a full Euro. Often, you’ll get back a “bon,” which is a tiny slip of paper valued at no more than 50 cents. It can (theoretically) be used towards a purchase wherever you are.

If it’s an attendant, you (usually) pay them after you leave. There will be no bon in this case. Or, you can scurry quickly away and not give them anything at all. I’ve unfortunately seen plenty of people do that. I’m sure the guilt ate away at them, though; even more than German sausage eats away at your arteries. So, resist the urge and pay the poor woman for keeping the toilets clean; her employer doesn’t seem to be, after all.

A tip: these attendants typically remove all small change from their dish, so it looks like most people are paying a Euro or more. This isn’t true, so don’t fall for it. 50 cents is enough.

The worst pay toilets, in terms of “value,” are those attached to gas stations along the autobahn. They’re more expensive, and you don’t get all of your money back with your bon.

On the plus side, your bon will be accepted as payment. It’s a single location, after all. Unfortunately, the rest stop’s prices on everything are usually triple or quadruple the regular price; so the bon is basically meaningless. This is, in part, due to foreign companies buying these rest stops in recent years and then jacking up the prices.

If you don’t want to pay, you can stop at a “regular” rest stop with no amenities besides the toilets and maybe a random picnic table. They’re dirty, smelly, dark, often without toilet paper, and they never have soap. So, basically, just like your average American highway rest stop that isn’t attached to a weird Sbarros/gift shop combination.

Free public toilets in Germany are rare in malls and non-existent in train stations. In most cases, it will be a turnstile situation run by one of Germany’s proud public toilet companies. Occasionally, there will be an attendant.

If it’s a turnstile, you’ll get a bon. Whether or not you can use the bon is an entirely different matter.

Often, the only places that will accept them are coffee shops. For whatever reason, these malls and train stations don’t force the shops to accept the bons. It seems like it could be an easy thing to put in their rental agreement, but what do I know?

So, if you’re anything like me, you end up with a growing collection of useless slips of paper that your German spouse won’t let you recycle.

Some festivals use porta potties in Germany, but others have what I can only describe as mobile trailer bathrooms. They’re essentially a small bathroom on wheels, with real working sinks and toilets. These mobile toilets are manned by an attendant and, unlike at the mall or train station, you have to pay before you go in. They’re the only pay toilets in Germany that I’m OK with; mainly, because I hate porta potties.

In America, I’d usually avoid porta potties at a city festival by going into a restaurant. If you’re clean and the restaurant is at least a little busy, they won’t question you being there. It also helps if they have multiple entrances, so you can avoid the main one where the host stand is located.

It’s a little different here in Germany, though; many restaurants anticipate being asked to use their restrooms in tourist areas and during festivals.

Some German restaurants will let you pay to use their restrooms even if you’re not eating there. That seems fine to me; it’s their private property, after all.

What I don’t like, though, are restaurants and cafes in Germany that have an attendant sitting outside of their bathrooms. They expect you to pay to use their restrooms after you’ve paid to eat there.

To be clear, this isn’t like bathrooms in high-end restaurants/bars in America, where the bathroom is full of free sample-size products and the attendant hands you paper towels while soft classical music plays in the background.

Nope; she’s just a lady sitting with a dish in front of her, only looking up from her phone to make sure you’ve given her money. Half the time, the restroom isn’t even clean.

If you need a bathroom break on a long drive in America, and there aren’t any rest stops nearby, your next best bet is a fast food place or Starbucks. Although some Starbucks have a code to get into the bathroom, the baristas will usually give it to you without question if they’re too busy to notice you haven’t bought anything. Or, because they’re terrified they’ll be in another bathroom-related Starbucks scandal.

It’s similar here in Germany, though a few fast food places have the bon system as well. Check out what kind of bathrooms they have before you make your purchase, or you might end up with yet another useless slip of paper.

There are a few ways to get around pay toilets in Germany. During our bike trip last Summer, for example, I stopped at a few Volkshochschulen (adult education centers) and just walked in like I belonged there. True, my husband had to say, “just do it! No one will know! Just go already!” a few times before I worked up the courage, but in the end it all worked out.

Sometimes, merely offering to pay is enough if you stop at a random restaurant. I’ve had many hosts wave away my 50 cent offering and tell me to just go ahead.

Busy fast food places and Starbucks with a lot of tourists are also a good opportunity. If they have a door code, you can get it from other sympathetic customers or even the barista if she’s too busy to notice you aren’t a paying customer.

Eventually, though, there will come a time where you have to use a pay toilet. When this happens, just tell yourself it’s worth it because the toilet is clean. This may only be partially true, and it certainly won’t smell cleaner (for some reason, every public restroom in Germany I’ve been in smells vaguely of sulfur or sewer gasses), but it might make you feel better.