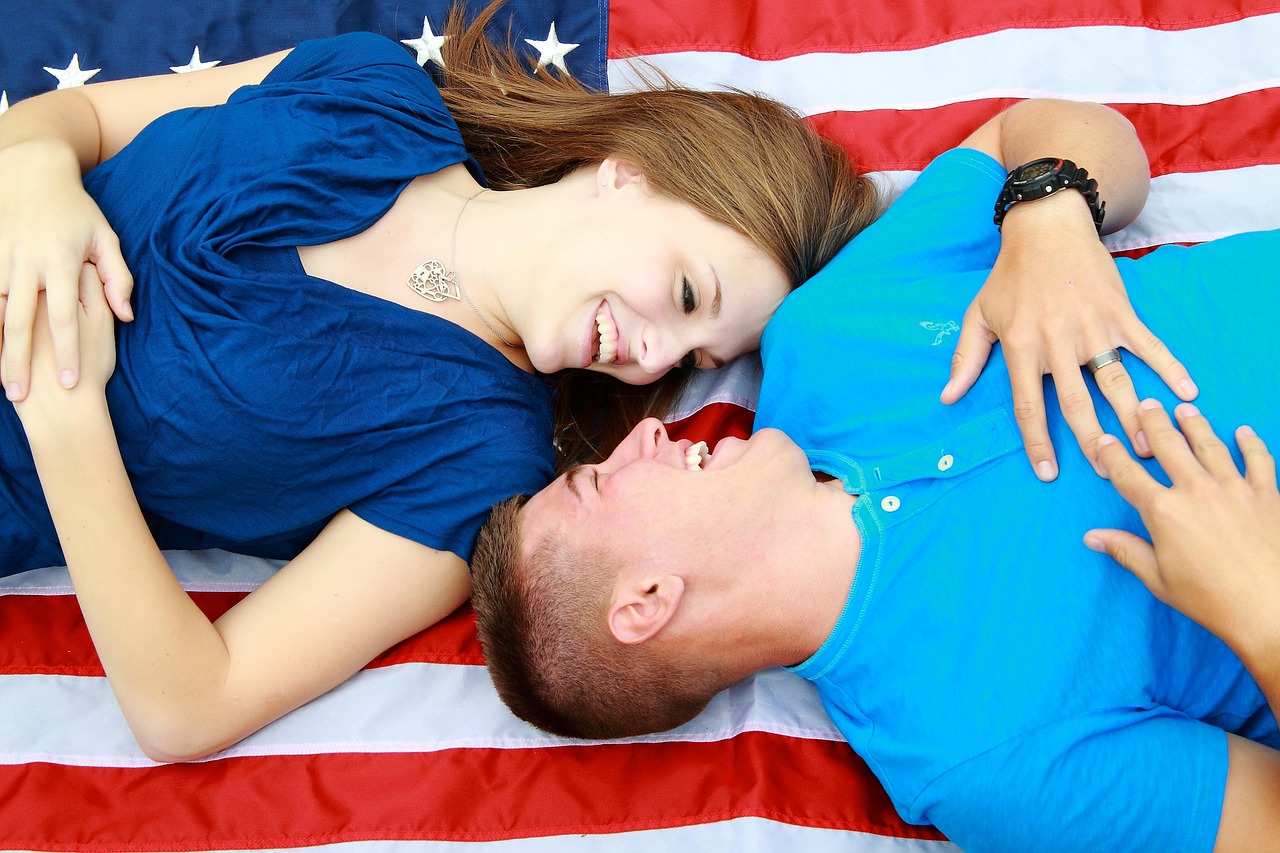 If you’re a single German moving to the USA, you might be wondering what the dating “scene” will be like in America. This article covers the differences (and similarities) between the US and Germany when it comes to dating. I’ll also share the best places to meet your potential American boyfriend or girlfriend.

Where to Meet Mr. or Ms. Right

In America, things are a bit different.

Once upon a time, online dating was seen as a last-resort for the desperate and otherwise undateable. In 2005, only 44 percent of surveyed Americans said that online dating was a good way to meet people. Now, that number is nearly 60 percent.

In fact, the majority of American couples now meet online; either through dating apps or social media like Snapchat and Instagram.

The most popular dating app is Tinder; especially among people in their early-to-mid 20’s. Tinder has a reputation for being just for hookups, but these days some people are finding serious relationships by swiping right.

If Tinder’s not the app for you, there are still plenty of other options.

Other popular apps include:

If you’re not interested in using dating apps, you can try bars and clubs. Over a quarter (27%) of American couples still meet during a wild night out. If you live in a small town, your options will be fairly limited; both in terms of bars and potential dates.

Not interested in online dating or going out to bars and clubs? You can still meet someone through your new American friends! In fact, this is the third-most popular way couples meet in America.

Other options include cafes, bookshops, board game groups, church…basically, anywhere. You just have to be brave enough to start a conversation, and respectful enough to know when it’s not the appropriate time or place.

Why? Blame lingering puritanical ideas about relationships. Many Americans still have outdated views when it comes to dating, even if they’re progressive in all other aspects of their lives. A lot of American women believe that making the first move will make them seem desperate. What those women don’t realize is that, not only do most men want women to make the first move, making the first move actually makes women more successful in finding love.

So don’t change a thing if you’re an assertive German woman. While all of the American women are busy hoping a guy will notice them, you’ll already have his number.

After you’ve connected with someone, the generally accepted “sweet spot” is to spend at least three days texting with them before suggesting a day and time for your first date. Asking any earlier might make you seem desperate. It’s OK to wait longer than three days, but try not to wait longer than a week.

Waiting too long to plan a date might make the other person think you’re not really interested or (in the case of online dating) catfishing.

While it’s common in Germany to take things slow, Americans tend to move on quickly if they think the other person isn’t interested. Especially if they’re using dating apps.

Congratulations, you’ve got a date! So, what comes next? Where do you go? Who pays for what? Are you driving together, or arriving separately? Will they “go home with you” after the first date?

First dates in America usually (but not always) include drinks and food. A classic American first date is dinner and a movie. Modern guides will tell you to skip the movie, though, since you can’t get to know each other while sitting in silence.

If you met online, don’t be surprised if your date prefers your first meeting to take place a public space, during the day. Especially if your date is a woman.

If you’d rather do something more active than meetup at a bar or restaurant, that’s great! Just make sure you pick a public place. For example, the beach or bowling can be a great first date. A secluded hike? Not so much.

Unless you already know and trust each other fairly well, you will probably arrive separately. Although online dating is popular in America, people are still fairly cautious about going to a stranger’s house or getting in their car.

So, the date is over and the bill arrives. Who pays? In America, the majority of people still believe men should pay the entire bill.

It’s worth noting, though, that it’s mainly men holding on to this old-fashioned belief. While there are women who think men should foot the entire bill, they’re now in the minority. These days, the majority of women think either person can pick up the check, or that it should be split.

If you’re a German man, don’t reach for your wallet right away when the bill comes. Wait and see if your date gets her wallet as well. Ladies, go ahead and offer to split the bill; your American date will (probably) be relieved.

Unless you met on Tinder, you’re probably going home alone after a first date. Although things are slowly changing in America, sleeping with someone on the first date is still frowned upon if you’re a woman. Especially in rural/conservative areas.

There will always be exceptions, of course; but don’t get your hopes up too high if you’re a straight man hoping to get lucky after one date. It’s probably not going to happen.

One of the biggest differences between how Americans date and how Germans date is deciding when you’re “officially” a couple. Germans tend to just “let it happen,” rather than having a talk or making an announcement to their friends and family. It can be months before Germans consider themselves a couple, even if they haven’t been seeing other people.

Americans, however, expect there to be a discussion about exclusivity before they commit. It’s very common in America for people to “date around.”

Unless you’ve had the exclusivity talk, you should never assume that they’re not seeing other people. Yes, even if you’ve slept together. While some Americans might save that for exclusive relationships, not all of them will.

So, what’s the best solution? Ask! Not all Americans date around and, if you’re not comfortable dating someone who is, you should make that clear from the very beginning.

This guide to dating in America was the third part in a series of guides for Germans moving to America. The first part covered making friends in America, and the second covered social norms.