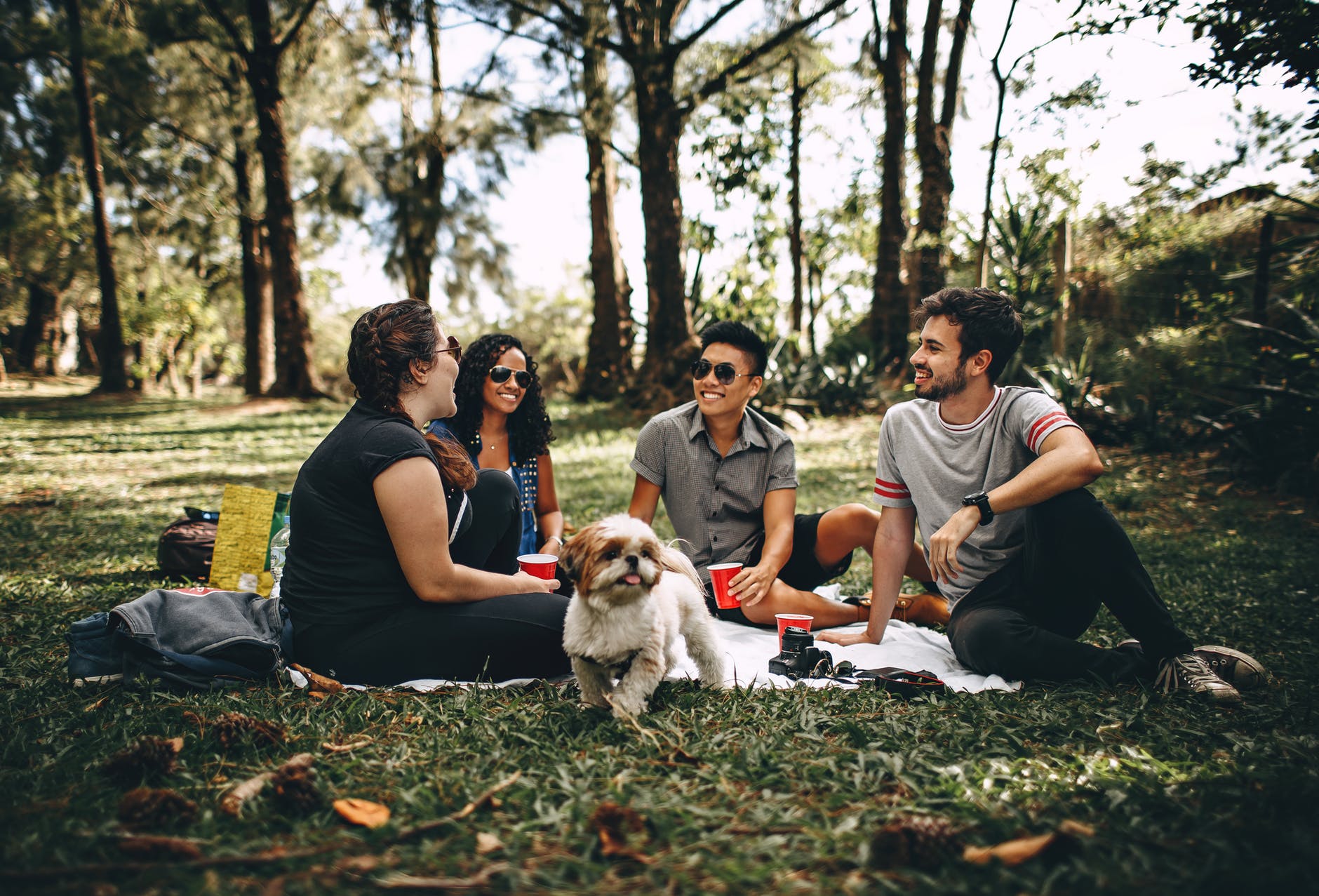 Social norms. Germany and America share a lot of similarities, but there are a few key differences.

Are you a German planning a move to America? This post covers the most important social norms to keep in mind as a German expat. After all, as any true German knows…it’s best to come prepared.

If someone tells you their party starts at 7PM, what that really means is that 7PM is the earliest you can arrive without annoying them. And, of course, there are some Americans who will be annoyed even if you show up at 7PM.

In all other social situations, you’re expected to show up on time or people will consider you rude and unreliable. However, when it comes to parties, people usually don’t start showing up until a half-hour after the start time.

Why? No idea! It’s just one of those weird American social norms. So don’t worry if you throw a party and no one is there at the designated start time; they will be there soon enough.

Every English-speaking country has their own version(s) of “how are you?” AKA the long hello.

What’s “the long hello?” Well, it sounds like they’re asking you the English equivalent of Wie Geht’s? but they don’t expect a real answer.

You’re supposed to reply with, “good, and you?” and maybe they’ll say “good” in response; but, there’s a chance they won’t reply at all.

It can be hard to tell when, but the biggest indicators are whether or not they’re walking away, and how well you know them.

So, if a colleague asks you this while walking past you in the hallway, you can just say, “good, and you?” But if your friend asks you at a party, you should give them a real answer.

Another one of our quirky social norms in America: we call everyone we know our friend. We have the word “acquaintance” but it’s rarely used in everyday conversation.

You might even experience this with colleagues. If you spend time with them outside of work, don’t be surprised if they start introducing you to others as a “my friend from work” or even just “my friend.”

How do we make all these “friends”? Why, it’s easy! We talk to everyone.

Talking to strangers is, without a doubt, one of the worst social norms in America; at least, according to my German husband.

Americans treat talking like a pastime. If someone starts talking to you in the checkout lane at the grocery store, they probably don’t want anything from you; it’s far more likely that they’re just bored.

Unless you have headphones in (and sometimes even when you do) people will try to make conversation with you in public places. Especially in lines. It could be a little comment, or they might try to tell you their entire life’s story. Sometimes, people will even ask you where to find something in a store, rather than asking an employee.

Now we’ve come to one of the most annoying American social norms; at least, for Germans. Generally speaking, Americans avoid giving direct criticism, and find it rude when others are direct. Americans either soften their critiques, or simply avoid giving them altogether.

Let’s say you’re at a bar with a friend. She’s gained some weight recently and her dress is a size too small. She asks if you think it’s too tight.

If you’re a stereotypical American, however, you’ll “soften the blow” by saying something like, “a little, but the color suits you!”

…and if you’re a really stereotypical American, you’ll avoid eye contact while saying “noooo…” in a very unconvincing tone.

This type of behavior is less common in the workplace. Still, don’t be surprised if your boss asks you to “soften your approach.” You might be asked to put a few more niceties in your emails, answer the phone in a “friendlier” tone, or to “be less demanding” with co-workers. This is (unfortunately) more likely to happen to you if you’re a woman.

The most important difference, though, is who pays for what. In America, the person celebrating their birthday gets “treated” if the celebration is at a bar or restaurant. This means that the guests pay for the drinks and food of the birthday boy/girl.

So, if you get invited to a birthday party in the US, don’t expect the person celebrating their birthday to pay for your food and drinks. Instead, plan to buy him or her at least one drink.

Since it’s considered rude to sniffle constantly in Germany, you’re probably going to feel disgusted by Americans once Winter and allergy season arrive.

Just take comfort in knowing that you’re getting back at the Amis when you blow your nose just as they’re taking a bite of food.

Staring is considered rude in all English-speaking countries, and America is no exception. It can even be interpreted as an act of aggression by some Americans. Perhaps thanks to smartphones, I’ve rarely seen any German under the age of 40 openly staring at people. But, it does happen on occasion.

If you’re the type of German who likes to stare, it’s best to break the habit as soon as possible.

Don’t worry too much about it, though; you won’t forget after someone yells, “what the f*ck are you looking at?!”

Speaking of the Word F*ck…

In America, swear words are censored on our radios and television. “F*ck” is considered one of the worst words you can say; even by some (usually religious) young people, and especially around conservative southern Americans.

I’ve noticed that, when it comes to conforming to American social norms, this one’s a bit harder for Germans. Perhaps because it’s not a bad word in Germany. People of all ages pepper it into their conversations, it’s all over the radio and TV, and it’s even on the occasional t-shirt.

While it’s (usually) perfectly fine to use it in casual conversation with friends in America, you shouldn’t use it at work or around children. A good rule of thumb is to wait for someone else to drop the f-bomb before trying it yourself.

Oh, and while I have you here…don’t use the n-word. It’s extremely offensive, hurtful, and inappropriate. Yes, even if you’re at karaoke and it comes up in a song. Don’t say it. Ever.

While Germany is by no means perfect, there is certainly a greater feeling of equality between men and women. If you’re a German woman coming to America, you’re unfortunately going to have a slightly different experience than your male counterparts.

Some older men will think it’s their place to tell you to smile. Men of all ages will make inappropriate comments if you’re walking alone. Some might try to get you to take off your headphones because they “just want to talk to you,” without considering that maybe you don’t want to talk to them. Sometimes, men will yell at you from the window of their car while you’re going for a walk or run.

It doesn’t matter what you look like, because most of the time this is a power play. None of these men expect a positive reply; they’re just trying to mess with you.

It’s not going to happen to you all the time. In fact, it might only happen once or twice while you’re living in America. Just keep your headphones on, and ignore them.

This guide to social norms was the second part in a series of guides for Germans moving to America. The first part covered making friends in America, and the third covers dating.