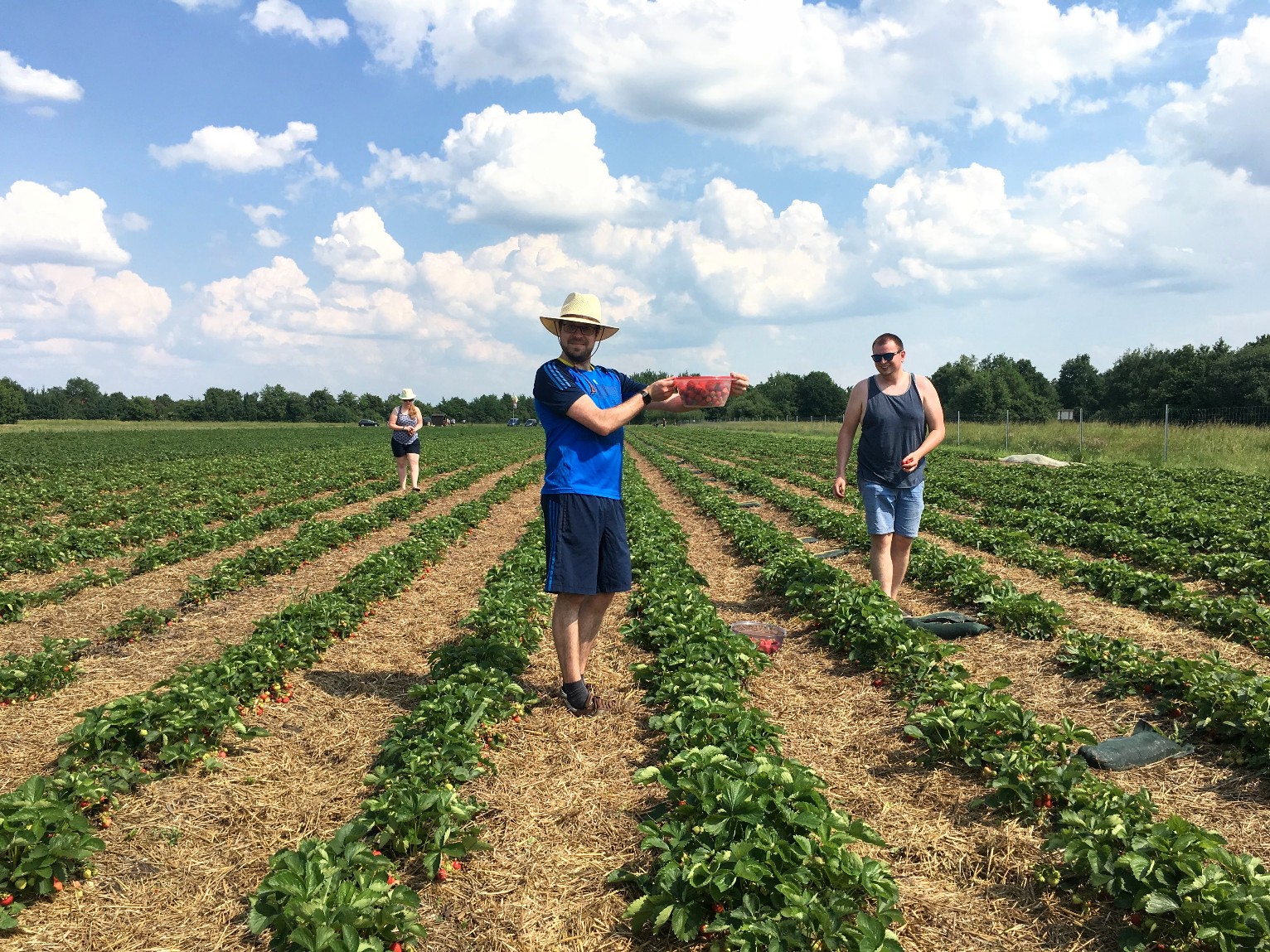 A few weeks ago, we took our bikes to a nearby strawberry field where you can pick your own strawberries. All you have to do is bring your own container, which you have weighed before you begin picking. You also have the option to simply buy a container of strawberries from the shirtless man at the stand, but where’s the fun in that?

The big advantage to picking them yourself (besides having control over what goes in your basket) is that you can eat as many as you want while in the field. I’d say this is a generous gesture by the owner, but I don’t think he has much of a choice. You see,  it’s legal in Germany to take food from a farmer’s field without paying…so long as you eat it right then. Otherwise, it’s considered theft.

I wasn’t really keen on the idea of eating unwashed fruit. I still did it, though, and as of two weeks later I’m still alive! Aside from the random bleeding, everything seems to be A-OK.

They were definitely the tastiest strawberries I’ve ever had. They were red all the way through, and probably twice as sweet as your average strawberry.

If you decide to go strawberry picking yourself while in Germany (or anywhere, really) I would recommend going by car. We took our bikes, and it was a very hot day; about 29°C or 85°F. By the time we had gotten home, the combination of their moisture and the heat had turned most of them into mush. Our plan was to save half just for snacking; we ended up having to use all of them for the panna cotta my husband made the next day.

Consequently, we still have half the batch frozen and saved in our freezer. Our fridge is about the size of one in a college dorm, so it’s currently taking up a lot of prime real estate. I guess I’ll just have to make angel food cake soon. What a sacrifice…

In other news, we just got back from Düsseldorf! It was definitely an interesting experience, to say the least. I’m not sure if we went on a particularly busy weekend or if it’s Germany’s party city, but I’ve never experienced anything quite like it, and I’ve been to Vegas twice now. That’s next week’s post, though!