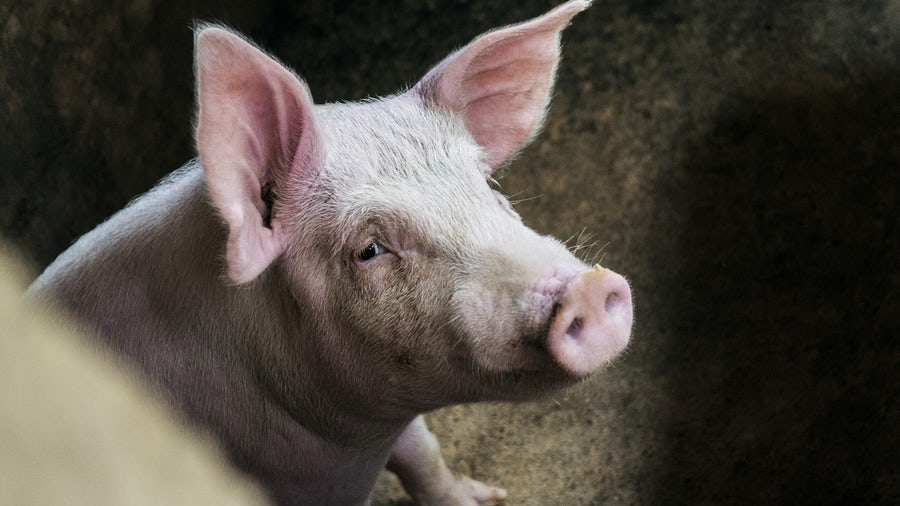 I went vegan in early March of this year. A mere week before, I was saying I couldn’t possibly be vegan because, well…cheese. Yet I ended up making the switch from vegetarian and it’s been so easy. Much easier than I ever thought, in fact.

There are many reasons I went vegan. I’ve decided to share them all here, for anyone else thinking of making the switch. This post not only contains my personal reasons, it also includes many helpful links and resources. Whether you’re thinking about becoming vegan, or if you’re a vegan hoping to find some quick and accurate information to share with your own friends and family, I hope you find this post useful.

I have hidden all disturbing/graphic information behind links. This post is safe for even the most sensitive readers.

Why I Went Vegan: A Summary

Here’s the “CliffsNotes” version of why I went vegan:

A Note About Factory Farming

While I am disgusted by factory farming practices, I am also against the use of animals even under the “best” of circumstances. Points 2 and 3 in my summary still happen on small, organic farms. They have to in order for the farm to profit.

I realize, of course, that there are some people who think it’s OK to eat meat and animal products if the farming and killing are “done humanely.” So, here are some facts about factory farms and slaughterhouses:

A Note About USDA Certified Organic

Animals meant for USDA-certified organic meat, or the egg and dairy industries, aren’t treated much better than those on a factory farm, as this insider explains. Most laws in regards to organic animal products are about protecting the consumer from things like antibiotics; not to protect the animals.

All other labels are either unregulated, or regulated by third parties. You can go to the ASPCA website to find out what labels are actually regulated.

It’s also worth noting that the majority of animals meant for “organic” meat still go to the same slaughterhouse as their factory-farmed counterparts. There’s rarely a “humane” slaughterhouse for animals from organic farms.

But You Live in Germany Now! Isn’t Germany Kinder Towards Animals?

According to the Global Animal Cruelty Index, Germany ranks 7th overall. This is much better than the United States, which ranks an appalling 49 out of 50.

It’s worth keeping in mind, though, that being number 1 on this list means your country is the least cruel out of the countries being ranked. It does not mean there’s no cruelty at all.

Here are some other important things to keep in mind:

My Journey Towards Veganism

I went Pescatarian in October 2017 after reading this article about piglets that were rescued from a factory farm in America. Another six months later, I became fully vegetarian.

I already knew factory farming meant the egg and dairy industries weren’t great. However, I believed that, by buying organic milk and eggs, I wasn’t supporting factory farming.

If the grocery store didn’t have the cheese or yogurt flavor I wanted in organic, I’d buy the non-organic version.

I never bought organic pre-packaged food, even though they often contain milk, cheese or eggs.

None of the restaurants I ate at used organic animal products.

In short, I was being inconsistent and a hypocrite.

I started browsing the vegetarian board on Reddit in January 2019. Every now and then, I would see a comment about the evils of the egg and dairy industry. At first, I was annoyed. Why were there vegans on the vegetarian board; didn’t they have their own?

Even worse, I had the sinking feeling they were right.

I had become a vegetarian because I love animals. I had finally realized you can’t say you love animals and then eat them. Like most people, though, I did not know the extent to which the egg and dairy industries are also full of death and suffering. Even on organic dairy and egg farms.

Oddly enough, what pushed me to finally do research into the egg and dairy industry was the Netflix movie Okja. The movie is about a genetically-modified “super pig;” it doesn’t have any direct parallels with the dairy and egg industries. Yet it was still the push I needed.

I didn’t tell anyone the first three days I went vegan. During that time, I still wasn’t sure if I was going to stick with it. Not because it was hard to eat vegan, but because I was afraid of inconveniencing other people.

Then, I watched this video by Earthling Ed. It strengthened my resolve. I decided I was going to stick with it, because I wanted to do the right thing. I decided the lives of animals were more important than my tastebuds.

Eating vegan has been so much easier than I anticipated. In fact, the only time it’s been difficult is at restaurants with limited options.

Nutrition is also surprisingly simple. There are days where I actually eat more protein than I’m supposed to, according to my calorie tracker app. My soy milk is fortified with B12. I get Omega 3’s from flax seed added to my morning smoothie and Omega 6 from cooking with soy oil and eating nuts. All leafy greens contain iron and calcium. As for Vitamin D, I’ve always had to supplement that, even as an omnivore.

In fact, the hardest thing for me about going vegan is coming to terms with the fact that zoos are unethical. If you know me, you know I loved visiting zoos and petting zoos. Ultimately, though, I realized that they’re sad animal prisons and the supposed “conservation work” they do is grossly inflated for public relations.

If anyone wants to take me to visit an animal sanctuary sometime, though, I’m down.

Here is some additional information for those who want to learn more. I’ve also included some of my favorite vegan YouTubers, guides on going vegan, and much-needed cute animal videos at the end!

Warning: these documentaries are highly disturbing.

All three documentaries have subtitles in German, as well as several other languages.

Thank you for taking the time to read this post. If you have any questions, please leave them in the comments below. I’m happy to help anyone considering going vegan.