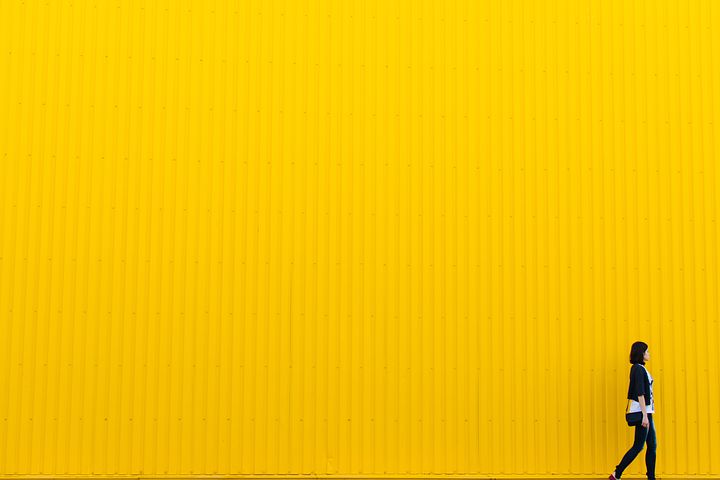 Personal space is very important to your average American. Maybe it’s because we’re used to having (or coveting, in the case of many city dwellers) a lot of space. Either way, we don’t like to be near strangers. Hell, some of us don’t even hug close friends or family; we say hello from a respectable arms’ length away. We like our personal space so much, we call people who like to hug “huggers;” often, with a hint of disdain in our voice.

Generally, Germans also respect personal space. Sure, many of them hug as a greeting (or even try to do the French air kiss), but that’s only with friends and family. In nearly every other aspect of life, Germans keep a healthy distance from one another. No one here is going to sit down next to you in an otherwise empty movie theater. New people won’t immediately reach out to hug you. Salespeople maintain a respectable distance. Most Germans hold conversations at that oh-so important arms’ length.

Once there’s any sort of line, though, all care for personal space goes right out the window. Are you waiting for the bathroom? Even if it’s just you and one other person, they will barely leave two inches of space. If you move up to get away, they’ll move up as well.

The worst scenario, though, has to be the grocery store. A lot of Americans complain about how the cashiers scan items too fast. For me, what makes grocery shopping in Germany an unpleasant experience is the other customers. People may only give you two or three inches in other lines, but that’s spacious compared to the mere inch (if that) you’ll get in the grocery store checkout lane. Personal space doesn’t exist there.

Now, some of this might stem from the fact that they’re afraid of being cut in line. If you’ve lived in Germany long enough to need to go grocery shopping, you’ll know this is a realistic fear.

Just two weeks ago, an elderly couple cut us in line without asking. Minutes later, another elderly couple did the same thing to the guy behind us. If they had asked us first, we would have been happy to let them go ahead. They didn’t ask, of course. They just saw a bit of space and took it, thinking that, by virtue of their age, they could get away with it.

They assumed right, of course. Who the hell is going to tell grandma and grandpa to get to the back of the line?

Oddly enough, this doesn’t happen at every grocery store. I find it happens most often at Rewe and Edeka; even in other cities. People leave space at Real (hence why those opportunistic biddies were able to cut the line in the first place) and Lidl is about 50-50.

Sometimes, I’ll take a step to the side and hold my place in line with my hand on the belt, just so I can not feel like I’m drowning in people. This is especially helpful when there’s a drunk behind me (and it seems like there’s always a drunk behind me in the city Rewe…) because they usually stand shoulder-to-shoulder with you if they can; perhaps, because their drunken mind thinks it will get them through the line and into their beer faster. Who knows?

People are also odd about public transport. In New York, if people aren’t filling up the entire cart on the subway, you can bet someone will start yelling. Here? People crowd the entrances, no matter what city you’re in or what type of transport you’re using. I’ve gotten out of what seemed to be a packed subway car in Berlin, only to see that not only was the standing area between seats completely empty…there were also some empty seats as well.

Now, I know what you’re thinking: “Jessie, there were only empty seats because people left…” and that might be true, but consider the following: the damn entrances are still so full when this happens, that new riders are struggling to get inside. I regularly have this issue on busses and streetcars as well. Often, during peak hours, I can see several empty seats in the back; but, I can’t get to them because everyone else has decided it’s better to crowd the door. So, that leads me to believe that at least some of those seats were, in fact, empty for a few stops.