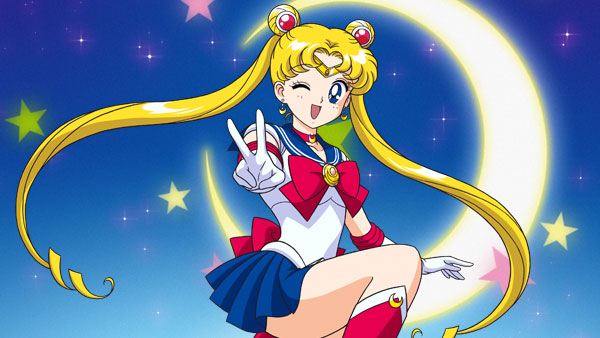 I’ve always found real life to be incredibly boring. If there are multiple universes, then I have been done a great cosmic injustice. I was destined for a universe full of magic, adventure, and maybe the occasional dragon, not this world of 40 hour work weeks, bills, and monotony.

For as long as I can remember, I’ve always enjoyed fantasy and science fiction media. It started with cartoons and books, and expanded from there to video games, anime, manga, TV, movies and Western comics.

It was by no means my first, but my strongest early love was for Sailor Moon, a cartoon (anime) from Japan that was heavily edited for American audiences. It’s about a young girl who learns, via a talking cat, that she is a magical warrior who must defend the Earth from horrible villains. Over time, she is joined by other magical girls that help her on her quest to save the world.

I was obsessed. If I missed an episode, I would sulk for the rest of the day. I didn’t miss them often, though; I went to great lengths to ensure I was at home every weekday afternoon to watch “my show.” I even left Summer sleepovers early just to ensure I would be home on time. My routine was so ingrained that I often left events on weekends, forgetting that Sailor Moon wasn’t going to be on that day.

Like many little girls around my age who were also watching Sailor Moon, I longed to discover I was also a magical warrior of some kind. I used to have vivid dreams about going through Sailor Moon’s transformation sequence, only to wake up very disappointed that it was not real.

When I discovered Harry Potter, I quietly hoped to receive my own letter by owl, telling me that I was about to be whisked off to whatever the American equivalent to Hogwarts was (it would be nearly 2 decades before we would find out that it’s Ilvermorny).

From every fantastical thing I read, played, or watched, there blossomed a wish that something equally fun and exciting could happen to me. Sure, some scenarios were far more appealing than others. The Matrix was cool, sure, but all of the fun was virtual; I would have much preferred to discover a secret mutant ability, like the X-Men. Beggars can’t be choosers, though, right? Anything was better than the predictability of the real world.

I’m 29 now and, much to my chagrin, still stuck in The Most Boring Universe Ever™. No talking animals, letter-bearing owls, or radioactive creatures have taken me go from zero to hero. I will never become an immortal vampire (a la Anne Rice, thank you; none of that sparkly nonsense for me), nor am I destined to be a zombie-killing badass in a post-apocalyptic wasteland; not with my asthma and severe nearsightedness, anyway.

Thankfully, age has helped me realize that while I’ll never get to live these exciting lives first hand, it’s still amazing that I’m able to experience them second hand through all of the various and wonderful media I’m able to consume, because of all of the extremely talented writers and illustrators in the world. I will never be The Doctor or the mother of dragons, nor will I ever fly in a Firefly class ship, or explore Azeroth with anything other than my mouse and keyboard. But, I can (and certainly do) live vicariously through these various forms of media.

As I slowly (very slowly) work on my first novel, I always have my younger self in the back of my mind, waiting to be whisked away on some grand adventure. I hope that, one day, my own stories will provide readers with a much-needed favorite escape from the real world, however temporary.