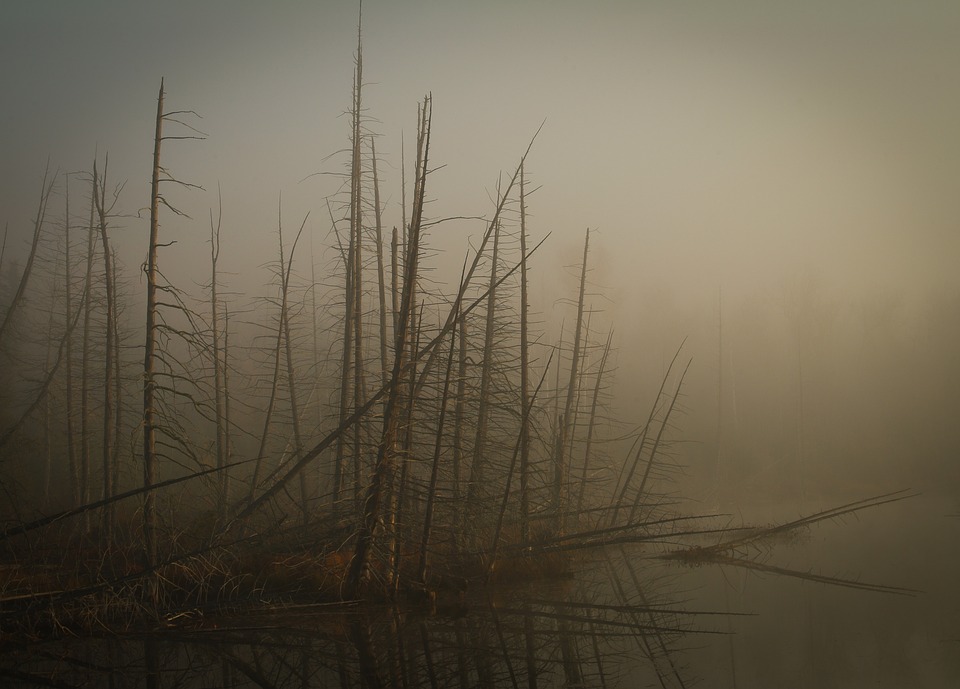 Their first confrontation was in a small town called Becket in Louisiana. She was luring children into the swamp with fairy lights, harvesting their organs, and dumping their remains into the water so the gators would cover her tracks. The adults in town were understandably in a right panic as to why their children were suddenly sneaking off in the middle of the night to play in the swamp.

When the third child disappeared, and his remains were found a few days later, every parent in Becket took it upon themselves to tell their little Jennies and Johnnies that they weren’t allowed to go outside at night anymore. The kids all swore to God Almighty that they wouldn’t even go to the outhouse at night.

Once the sixth kid’s mangled body was found, the town of Becket was convinced witchery was afoot; some foul demon must be tricking their children into disobedience.

They were half-right. Witches weren’t demons, sure, but they did their bidding and that made them just as bad, if not worse.

Word eventually got around to Cassius, and he decided to take up the job. No other slayer was willing to accept such a measly reward to take on a demon, but he owed a bit of money to someone he wasn’t too keen on remaining in debt to, and besides, Becket was only one town over from the job he had just finished up.

So he rode into town, hitched his horse, and let the Mayor fill him in on what exactly was going on in Becket. He realized almost immediately that it couldn’t be a demon. Demons didn’t lure children; they were too powerful to bother with being coy.

“You’ve got somethin’ else on yer hands, ain’t a demon,” he told the Mayor as he rose from his chair in the man’s office.

“Wait! You’re not leaving, are you?” The mayor stammered, and stood up as well, eyeing the grizzled and scarred man before him with an anxious gaze. Even at his full height, he had to crane his neck to look up at Cassius. “If it’s not a demon, what is it?”

“Ain’t goin’ nowhere, ‘cept to the saloon,” he said, scooping his hat up from the desk and adjusting it on his graying head.

“The saloon! You should be going to the swamp to take care of…” The Mayor huffed, his little mustache twitching irritably along with his lips. “…if it’s not a demon, what is it?“

“I reckon it’s a witch, which means I can’t take care of ‘er until night. I’ll need to follow the next kid into the swamp to find ‘er…”

“You’re going to let another child wander into the swamp!” The Mayor gasped, blinking rapidly in his disbelief. “No! You get out there, and take care of this problem now!“

Cassius sighed, and leaned down, resting his large hands on the edge of the mayor’s well-polished desk. “Listen, buddy…she’s too well hidden durin’ the day, and it’ll be like lookin’ for a needle in a haystack even at night. Either you let me do it the way I want, or I move onto the next town to take care of their vampire problem.” He paused for a moment, letting that sink in. When the mayor opened his mouth to speak, Cassius added, “…their reward’s bigger.”

The mayor fidgeted for a moment, before reluctantly extending his hand for a shake. “Fine,” he said, defeated. Cass shook the man’s hand, and started to take his leave.

“Look here,” Cass said from over his shoulder as he was exiting through the door, “you may not like my methods, but I promise ya, I know what I’m doin’. That witch’ll be dead ‘fore sunrise.”

“…I certainly hope so,” the Mayor replied, softly, as he sunk back into his chair.