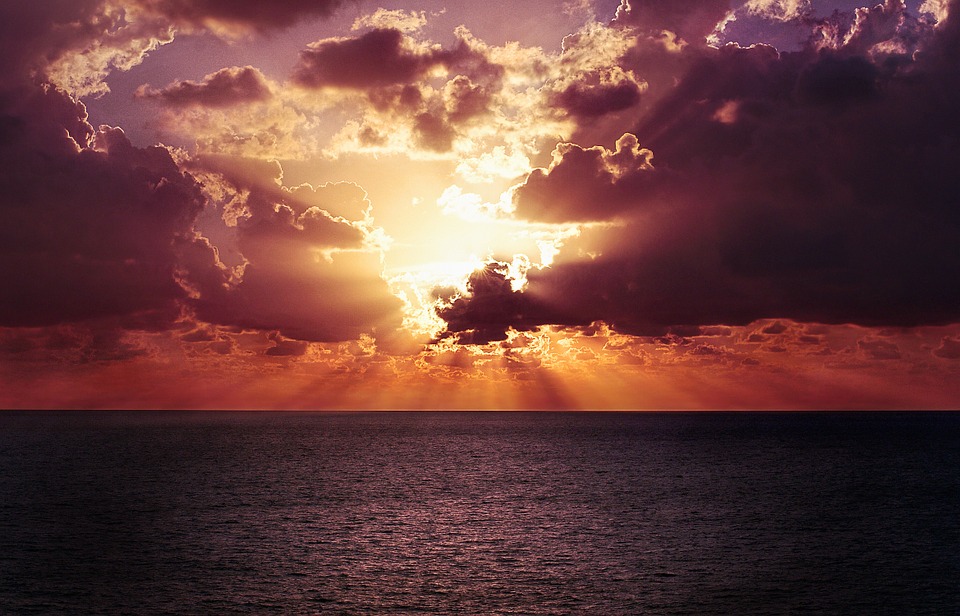 Many people talk about changing for the better as though a sudden realization hit them out of nowhere, forcing them to embark on a journey of self-improvement, never to look back. But for many of us, our shortcomings have always been obvious to us, with no moment of clarity needed. They sit on our shoulders, whispering reminders of our imperfections in our ears, so that we never forget. Some of us are better than others at pushing them away, into some dark corner of the room, but we can still hear them when everything else gets just a little too quiet.

I’ve never had a sudden epiphany about my life; my areas that needed improvement were always very obvious to me, festering in plain sight. What I did have, however, were moments that felt like rock bottom at the time, which pushed me towards finally making a change for the better.

Both were centered around break-ups, which pains me to say as a feminist, but it’s the truth. The most-recent was a year-and-a-half ago, and was the catalyst for me finally making friends after years of self-imposed isolation.

Starting towards the end of my Junior year in college, my real-world friendships were deteriorating into nothingness as I let World of Warcraft take over my life. I would cancel plans more and more often to play the game, until one day, invitations to hang out were no longer being offered. But that was OK. I was feeling down on myself, and the game was an easy escape. I made a lot of friends through the game; friends that were easily accessible, and I didn’t have to get dressed up or go anywhere to spend time with them. I had also joined a role playing server, which meant I could be even further detached from reality if I so chose.

And I did choose to detach from reality. My real life was a disappointment. I still had to live at home, with a relative, because I wasn’t earning enough money to move out. Those feelings of failure only intensified once I graduated college, but still couldn’t find a “real” job.

I was also profoundly lonely. It didn’t take long for me to miss the friends I had lost, but it was too late to repair the damage I had done. I longed to make new friends, but I didn’t know how, so I just kept playing Warcraft.

I even paid for art of my character. No, this isn’t the only piece…

I played the game for nearly five years, until suddenly, things started to change for me. For one, I had started seeing someone; but, more importantly, I finally received a job offer from a place I had been interviewing on-and-off with for nearly half a year. I took the job and moved about an hour-and-a-half from home, to the metro Detroit area.

The guy I had met also moved to the same city, as he had coincidentally received a job offer in the same area. It made our relationship feel like fate. Of course, things don’t always work out.

We broke up a little over a year later. There were a myriad of reasons, but it was easier to settle on the fact that he “suddenly realized” he didn’t want children. In a way, it was a relief; I had fallen out of love with him a few months earlier, feeling disenchanted with his constant pessimism and strangled by his neediness.

But, it was also profoundly terrifying; it forced me to confront the fact that we had been living there for a year, and had made no new friends.

That little fact was something we both regularly complained about, but made no real effort to fix. Consequently, we remained each other’s only companion for an entire year. I had suggested trying meetup.com a few times, but was dismissed each time with, “some girl got raped using that site.”

So, whenever he wasn’t around, I started playing World of Warcraft again. It didn’t take long before I was playing it even when he was around, telling him rather childishly that if we weren’t going to try to meet new people, then I need to be social somehow. I realize now that I could have simply ventured out without him; he never tried to tell me I couldn’t try meetup on my own, only that he wouldn’t go with me. But I wasn’t brave enough just yet; years of having a social life that existed only online had left me feeling like I was too socially awkward to make friends on my own.

But then, post-breakup, I was faced with only two choices: face my fears regarding my rusty social skills head-on, or continue playing Warcraft. The former was scary, but the latter suddenly seemed worse. I wasn’t having nearly as much fun playing as I used to, and things never really felt the same with my friends in the game since I had come back.

So, I steeled myself and decided that I had nothing to lose. I would join meetup, and see if I could make friends. I attended a board game night just three days after my breakup, faking an outgoing persona and hoping for the best.

Fast forward nearly a year-and-a-half later, and my fear that it is too late for me to make new friends has been exorcised long ago from its dark corner.

I thought I would be lucky if I made one, maybe two friends through meetup; now, when I make plans to have company over, I have to make hard decisions about who to invite, as the apartment I share with my boyfriend can only realistically hold up to 14 people. I have more friends than I would have ever imagined possible and, perhaps more importantly, the knowledge that making new friends is possible. This is an invaluable realization, as I may not even be in the same country one or two years from now, let alone the same city.

At the end of August, Blizzard released their latest expansion for World of Warcraft. After giving it a lot of thought, I decided to play; mainly because the content sounded interesting, but also because I wanted to prove to myself that I couldn’t get sucked back into the game. This is arguably their best expansion in years, but instead of playing for hours on end every day, like I would have just two years ago, I now only play a few hours per week at most.

But then, it never really was the game that made me anti-social. Now that I’m in a much better place in my life, with a great boyfriend, wonderful friends, and a decent job, I simply don’t feel the need to retreat away from reality. Am I afraid of what might happen if any of those things come crumbling down? Of course. But for now, those fears have been pushed away into a familiar dark corner, until the next crisis forces me to face the loudest among them.