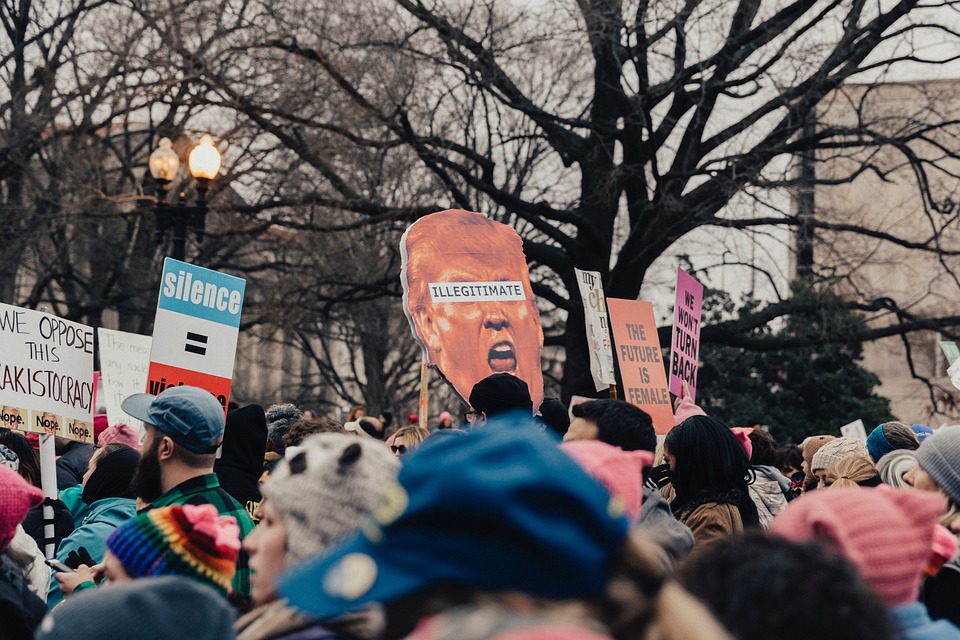 We can disagree and still love each other unless your disagreement is rooted in my oppression and denial of my humanity and right to exist.

The latter is always a tricky situation; I am more than willing to admit that sometimes I get over emotional about certain things. That’s why I often turn to “agreeing to disagree,” so that things aren’t said that I will later regret. But then there are situations where my entire opinion of another person shifts dramatically, and I’m left wondering what it says about me, as a person, if I continue to associate with them.

Last year, a girl I had only recently met used the n-word while we were both at a party. Specifically, she said, “I don’t understand why black people can say (expletive), but we can’t.”

I was completely shocked. I looked to the other people in the room, to see if they had also heard her, but they seemed to be pointedly looking away, pretending they had not. I wanted to say something, but instead I felt my throat tighten and my face grow hot. I knew I would cry if I opened my mouth, so I just left the room.

I’m still embarrassed that I didn’t handle the situation right away. I told the host what had happened, and he spoke to her privately. She told him that she never said that, and I must have misheard her. Incensed, I asked the people who had been in the same room if they heard her as well. One of them had, so I sent a screen shot of his confirmation to the host.

Still, it was played off like it was no big deal. The girl in question tried to apologize to me nearly a month later, laughing, and saying again that I must have misheard her. Enraged, I told her not to lie to my face, and that I had witnesses that also heard what she said. Immediately, her face fell; she knew she had been caught. I told her that she needs to work on herself and whatever made her use that word to begin with, and to never, ever use that word around me again.

She ran off to the bathroom to cry.

At first, it felt good to tell her off; but then I was left feeling like I had screwed up. If I could tell her off then, why couldn’t I tell her off when it happened? Did I care more about her lying than what she had actually said? And why did I say “don’t use that word around me”? I should have told her never to use that word at all.

I believe that we should always be learning and growing as human beings. Maybe, by keeping in contact with her, I could have helped her grow as a person. As a white person, it should be my burden to educate my fellow white people. However, I did not know her that well, and I also didn’t want her to think that any forgiveness from me meant acceptance for her words. Sometimes, people have to learn the hard way in order for them to realize they need to make a change. It also isn’t my responsibility to help an acquaintance better herself, when there are so many free educational resources.

I understand that different viewpoints are important; progressive and idealist viewpoints keep us moving forward, while conservative viewpoints help to keep society grounded in reality when it comes to some fiscal matters. A balance is always needed. However, there are some viewpoints that I cannot compromise on and, as I’ve gotten older, I’ve found myself finding the courage more and more often to say, “that isn’t acceptable” instead of “let’s agree to disagree.”

If you tell me that you support going to war with ISIS for the greater good, I will not share your view, but I will respect your view. If you believe in “trickle down economics,” I will think you are ignorant, but we can still be friends. We can, in other words, “agree to disagree.” But. I refuse to “respect” racist, sexist, classist, or homophobic views. If someone tells me “all lives matter” in response to black lives matter, I will know them for the racist they are. When someone disparages the homeless, I know that they are ignorant at best, and completely lacking empathy at worst.

Whether or not I continue to associate with them will depend on our relationship, their exact choice of words, and whether or not I think they can change. If they can’t change, I’m done. Life is too short, and too important, to validate the harmful views of others, silently or otherwise.